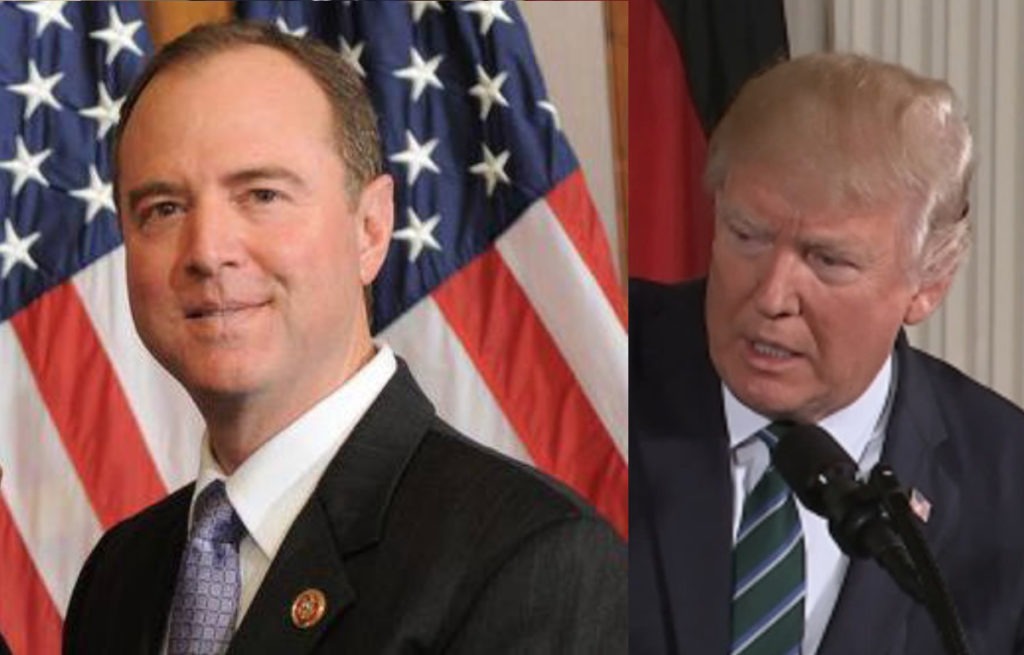 Congressman Adam Schiff rose from being the subject of Donald Trump’s childish rage tweets to House Intelligence Committee Chair – and in just two months he’s probably made Trump wish he could take those tweets back. The House isn’t merely holding hearings to expose the criminal behavior of the man occupying the Oval Office, but pushing legislation that plays off Trump’s desperate strategies.

The media caught wind this week that Trump dangled the possibility of a pardon to Michael Cohen last year, following the raid on his office, just as he entertained the possibility of pardoning Michael Flynn. Cable news networks tend to parrot a scenario in which Donald Trump magically pardons everyone and somehow gets off the hook – something Palmer Report regularly debunks.

Aside from the possibility of state level charges which a president cannot pardon, Adam Schiff just made things a little more complicated for Donald Trump, introducing a piece of aptly named legislation called the Abuse of the Pardon Prevention Act. Were Trump to try and pardon one of his co-conspirators, the Attorney General would be required to present all evidence regarding the said conspirator’s conviction within the course of 30 days, which would then be reviewed by the House and Senate Judiciary Committees. In other words, if this became law, pardons wouldn’t keep Trump’s secrets a secret. The dirt would come out no matter what he tried.

The bill may not necessarily come to a vote in the House, and has an even less likely chance of becoming law, but it echoes the concerns that much of Congress has, including Senate Republicans who may see Trump’s presidency as more of a liability by the day. Those who would vote against it would have to explain why they are doing so – as the bill doesn’t prevent the president from issuing pardons, but instead requires that a president use the pardon power only for reasons separate from his own criminal exposure. The national conversation changes from who might be pardoned by Trump, to asking why the president should be allowed to use the authority to pardon people who are clearly not sorry for their crimes – something that Trump is sure to weigh in on in a predictably idiotic fashion.