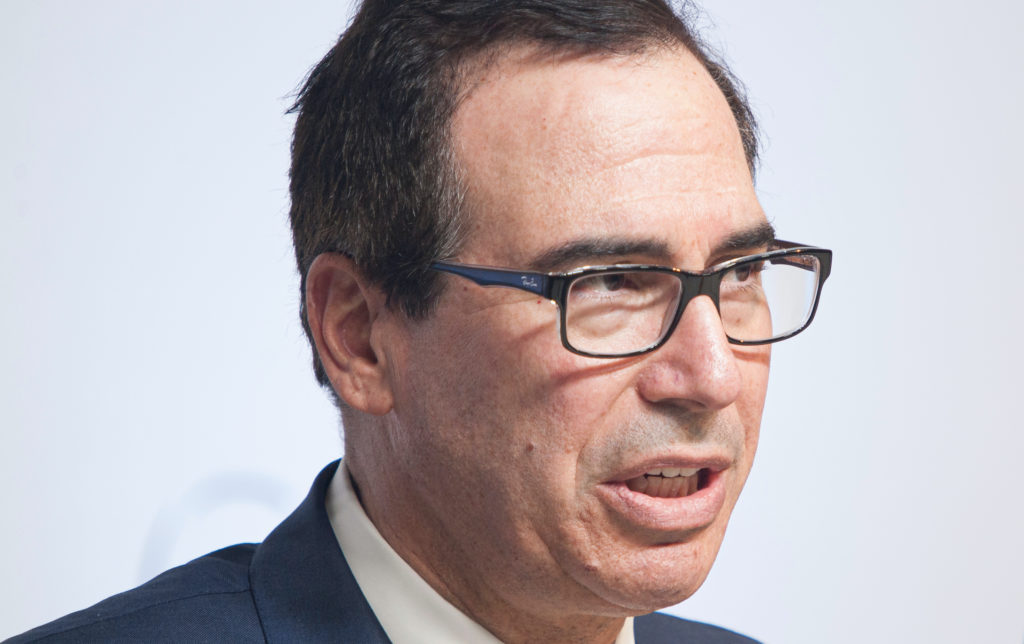 Earlier this week Guns N’ Roses singer Axl Rose posted a tweet condemning Donald Trump’s Treasury Secretary Steve Mnuchin. Mnuchin then fired back on Twitter, questioning Rose’s patriotism, while accidentally invoking the Liberian flag. In case there was any doubt, it turns out Axl Rose has gotten the last laugh.

Axl Rose tweeted this witty comeback at Mnuchin: “My bad I didn’t get we’re hoping 2 emulate Liberia’s economic model but on the real unlike this admin I’m not responsible for 70k+ deaths n’ unlike u I don’t hold a fed gov position of responsibility 2 the American people n’ go on TV tellin them 2 travel the US during a pandemic.” But it turns out Rose was just getting started in his victory.

As an apparent result of the feud between Axl Rose and Steve Mnuchin this week, “Guns N’ Roses Greatest Hits” – which was released all the way back in 2004 – has reentered the iTunes top ten rock album chart. That’s right, people are going out and buying an old Guns N’ Roses album while siding with Axl.