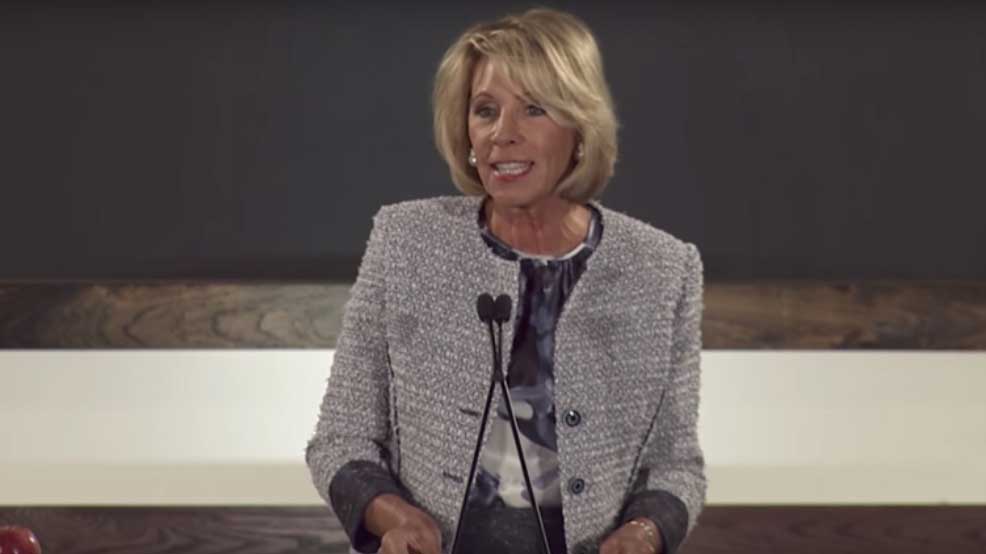 As Donald Trump’s blatant racism makes the news once again and fellow Republicans rush to defend it, there’s yet another echo of the 2016 election coming to light. Despite the Republican outrage over Hillary Clinton’s use of a private email server, which was further stoked by the media, we quickly learned after the election that there was hardly anyone working for the Trump campaign who didn’t use a private server to conduct official business.

While Republicans regularly accused Clinton of carelessly handling classified information and shady dealings with hostile foreign nations throughout the campaign, the days after quickly made it clear that the Trump administration is guilty of both. On top of its current investigations into Trump and Russia, the House Oversight Committee is now conducting an investigation into Betsy DeVos, who has repeatedly come under scrutiny as the Secretary of Education.

Rep. Elijah Cummings revealed in a letter that an internal investigation already took place within the Education Department. DeVos used her private email 100 times to conduct official business without archiving any of the emails, potentially violating both department policy and federal law. The House Oversight Committee has given DeVos until July 29 to turn over all correspondence, suggesting that they already have copies of her correspondence in some form or other. The internal investigation did find that 78% of her staff followed a similar practice.

DeVos’ scandal couldn’t have come at a worse time for the administration, which just lost a secretary of labor last week and is torn between an array of scandals that have nothing to do with Russia. She could likely be the next one in the administration to be shown the door. Given her connection to Donald Trump’s donors, don’t be surprised if she suddenly accepts a new job on Trump’s 2020 re-election campaign.