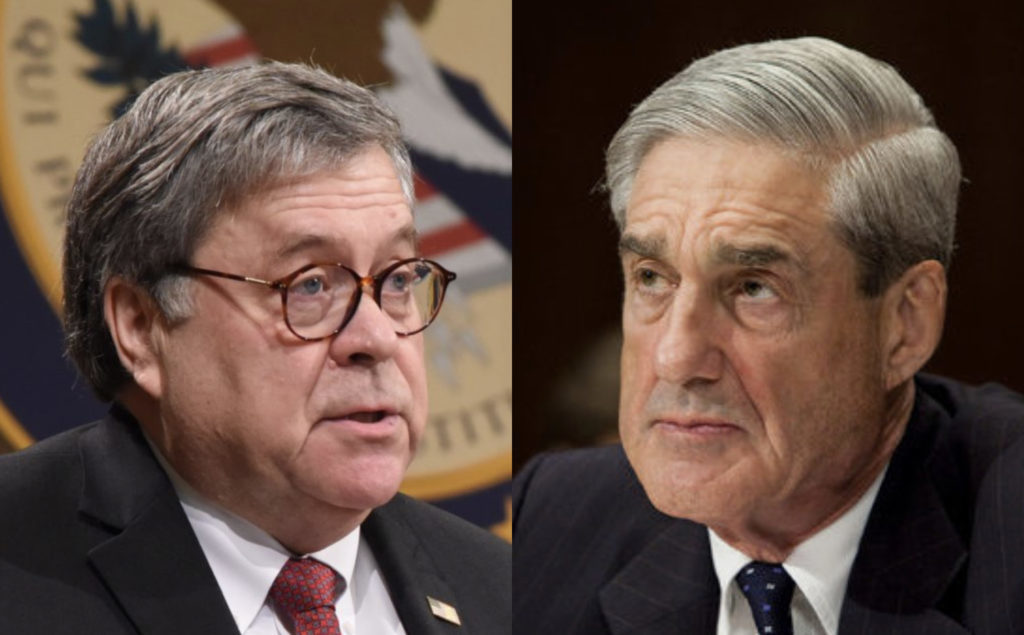 Just how much of a disaster was Attorney General William Barr’s Senate testimony on Tuesday for him and Donald Trump? Immediately afterward, Barr blew off Wednesday’s House testimony despite the risk of being held in contempt for it – and today, Trump discarded Barr’s obstruction strategy in favor of Emmet Flood’s obstruction strategy. But it turns out Barr blew it during his Senate testimony even worse than it initially appeared.

Toward the end of William Barr’s Senate testimony, he seemed to run out of gas and give up. When Amy Klobuchar asked him if Robert Mueller had obtained Donald Trump’s tax returns, Barr simply said “ask Bob Mueller when he comes here.” At the time, Palmer Report wrote that Barr was “almost begging to be left alone, and urging Congress to simply ask Mueller instead.” We knew it was a key moment. But it turns out to be far bigger than we thought.

Klobuchar seized on the moment today, writing a letter directly to Robert Mueller, asking him if he had obtained Trump’s tax returns, and asking him to turn them over if he has them. We don’t know where this will go. But it’s now abundantly clear that Barr blew it with that answer, because – whether he realized it or not – he explicitly gave Senators permission to directly ask Mueller questions, and he gave his employee Mueller permission to answer those questions. But it gets even worse for Barr.

Palmer Report likes to point out that perjury is one of the most important charges you can nail someone on in a multi-tier investigation, because if the case is solid, the perjurer knows he has no chance of winning at trial, and is therefore very likely to cut a deal on all potential charges, or otherwise cooperate. Robert Mueller’s letter makes clear that William Barr committed perjury last month when answering a question from Charlie Crist. The question has been whether it’s provable perjury.

Crist asked Barr last month if he knew anything about a media report that Mueller’s team believed Barr’s summary was misleading, and Barr said no. Yesterday, Barr tried to argue that this was a truthful answer, because Crist had asked about Mueller’s team, not Mueller himself. But as pointed out by Lawrence O’Donnell this evening, Barr then went on to state his belief that Mueller’s letter was actually written by a member of Mueller’s staff. In other words, Barr just nailed himself for perjury.