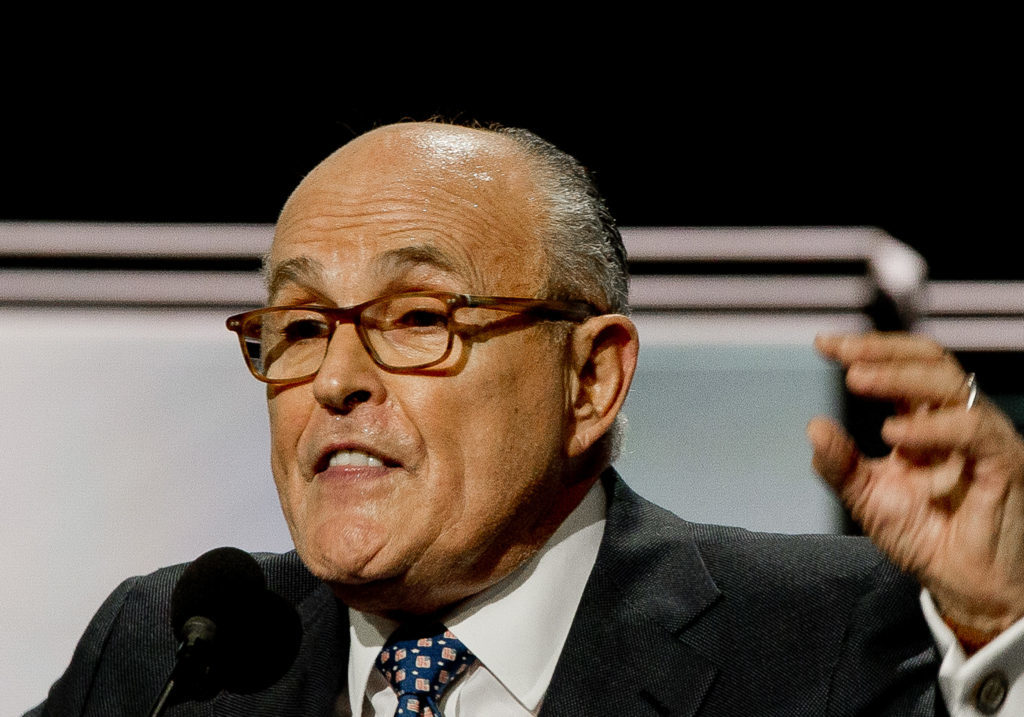 The word “literally” sometimes gets misused because its definition is not widely understood. For instance, for the Feds to literally blow the door off Rudy Giuliani’s Ukraine scandal, it would have to involve an actual door being blown off. Well, it turns out the criminal case against Rudy and his henchmen now involves an actual door being blown off.

CNN is reporting that the SDNY’s evidence-gathering in the Ukraine scandal has escalated to the point that it’s blown the door off a safe in order to access the evidence inside. SDNY is the only possible source for this story, and so the logical takeaway is that it wants the targets of this scandal to know that it’s obtained whatever is hidden inside this safe.

This leak is a signal to Rudy, Lev Parnas, Igor Fruman, or all three of them, that whatever is in that safe, it’s going to be used against them as evidence at trial. It’s essentially a way of letting them know that they’re screwed, and that it’s time for them to go ahead and cut a plea deal.

When you couple this with reports earlier today that the SDNY has subpoenaed Igor Fruman’s brother to testify against him, it’s not difficult to imagine a scenario in which Fruman realizes he’s screwed and flips on Parnas, who then has no choice but to flip on Rudy Giuliani. That in turn would ultimately leave Rudy with little choice but to flip on Donald Trump.