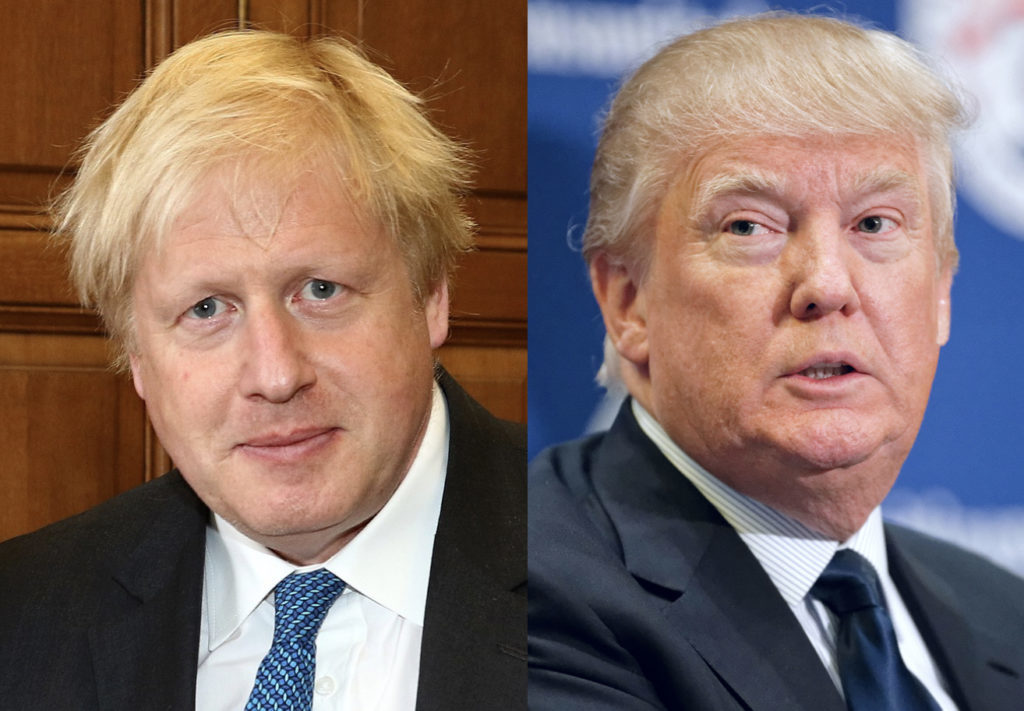 For Christmas 2015, I received Boris Johnson’s book “The Churchill Factor.” Upon reading it I was not aware at the time that it was a roadmap for the author’s political career. But I was certainly aware that the author hoped it was. I believe Boris Johnson’s odd and deliberate cultivation of a stooped, messy-haired, ambling oddity, if it is contrived at all (and I suspect it is), is contrived precisely in the spirit of intending a later hoped for personal resurrection, not unlike Shakespeare’s Henry V or, more precisely still, Winston Churchill.

Whether you’re a critic or a devotee of Churchill you have to admit, up until he became Prime Minister, Churchill was something of a disaster in just about everything he undertook. Like his father, Lord Randolph, few would have been surprised if Churchill had wound up a political irrelevance with a premature epitaph adorning an early grave. The one thing that saved him, that garnered him a Nobel Prize for literature, a knighthood and a chair in the pantheon of great twentieth century leaders, was World War II. Nothing quite rescues a reputation for posterity like a big, popular war. Just ask Franklin Roosevelt or Woodrow Wilson.

That Johnson thinks of himself as a latter-day Churchill and coronavirus is his World War II cannot be automatically dismissed. To be sure, we will all have to wait and see. But so far, much to his critics’ dismay, Boris is doing it right. And, as it turns out, Boris tested COVID-19 positive.

Understand, I have not always been an apologist for Boris Johnson. I have spent a lot of time and a lot of ink hating his guts, particularly for Brexit. But I give him credit where it’s due. The gravitas and generosity and apparent empathy with which he has met this crisis is considerable. Despite his frequent comparison with the odious American president, Boris is also looking less and less like the “British Donald Trump” every day.

I don’t know about you, but I’m getting very tired of hearing Donald Trump and his lockstepping bootlickers talking about “2009” and “the disasters we inherited.” Trump has been president far longer than Boris has been Prime Minister, but I don’t hear Boris constantly whining about Theresa May or, if you prefer a more partisan example, Gordon Brown. He never mentions or alludes to them at all, where Trump constantly alludes to and blames Obama for the current mess, and shifts responsibility of dismantling the pandemic response team in 2018 vaguely onto the shoulders of others. Trump is a coward where Boris is not.

Unlike Trump, who stands at podiums with his vacantly nodding lickspittles ranged at close quarters behind him, Boris stands at the podium an example-setting, social-distancing two meters (six feet) apart from his colleagues. Johnson doesn’t try to cheer us with false reassurances or Easter deadlines. When he doesn’t know something he admits it. One of the characteristic features of a “novel” coronavirus is it’s an undiscovered country for us all. Trump’s constant “reassurances” offered without evidence and characterized with high-flung adjectives and far-flung hyperbole is disconcerting and frightening to the American people. It sounds like bullshit because it is bullshit.

Another difference between Trump and Boris Johnson is that Boris is a highly intelligent and, as a graduate of the impressive Balliol College, Oxford, an authentically educated man. Donald Trump is a stupid man who faked his way through Wharton, a school he could have never aspired to without his father’s considerable machinations. Johnson’s book is a work of considerable scholarship and insight that he wrote himself. Trump’s book (“The Art of the Deal”) is a work of fiction from beginning to end that not only he didn’t write, he may have never even read.

I’m not interested in dissecting Johnson’s intentions. Whether he’s covertly Machiavellian or not matters not at all. It’s a question I can’t answer about anyone, not even Abraham Lincoln. Whatever machinations grind and crank internally in a politician’s head must by definition remain a mystery, unless they are stupid and obvious like Trump. So I care not at all why Boris does the right thing because I can never really know why, I only care that he does it.

Donald Trump wears his evil intentions on his sleeve. The very idea of government by enlightened self-interest is an idea that is beyond the grasp of his breathtakingly stupid mind. He will continue to screw things up and blame Obama while Fox News and the Republican Party carry water for him, and while stupid people believe him. I’m glad I live in a place where the government, whatever its reasons, is going to keep us physically safe and as economically sound as best it can under the circumstances. I mourn the fact that my American brothers and sisters are not so consecrated, and I sincerely hope that changes forever in November.