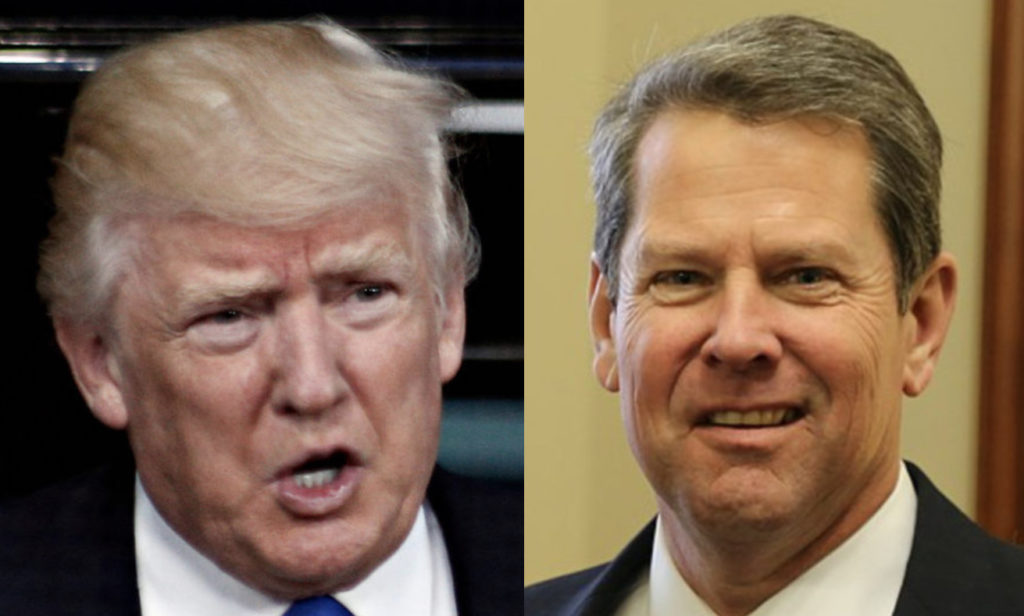 Even as Georgia’s “governor” Brian Kemp continues his quest to throw Georgians under the coronavirus bus, he now finds himself thrown even further by one he so admires: “president” Donald Trump. According to CNN, Kemp erroneously believed that Trump was 100% behind his idea to prematurely open Georgia businesses while the virus numbers continue to climb. On the day Kemp announced his foolish plan, coronavirus cases in Georgia stood at 19,800. Two days later, the total is 21,102. It doesn’t sound like cases have “peaked” in Georgia but are continuing to rise.

The reaction of business owners in Georgia has been mixed. While one salon owner believes she will be operating safely by having six chairs instead of eight and removing toys from the lobby, another calls Kemp’s actions “negligent.” Tara Villalvazo, a permanent makeup and tattoo artist, wants to know how you can tattoo someone from six feet away. Her greatest fear is that clients will think coronavirus has magically disappeared and that it is now safe to venture into her business. Like many, she believes this is a false sense of security.

Villalvazo shared with NBC News that she stopped working long before the shelter-in-place order. “I didn’t rely on his guidance to close. I sure as hell won’t be relying on him to tell me when to open,” Villalvazo told NBC News. Neither Kemp nor Trump are health experts. They have so far done such lousy jobs handling this virus that people should not trust them with their lives. Atlanta Mayor Keisha Lance Bottoms has encouraged everyone to stay home until they know more, only to be rewarded with a racist text saying “N—-r, just shut up and RE-OPEN ATLANTA.” Obviously, this ignoramus isn’t listening to experts. Neither is Kemp.

Kemp was convinced that Trump was behind his decision, and he was—for a few hours. According to CNN’s source, Trump called Kemp to support his decision, only to take to Twitter to say how much he disagreed with Kemp’s decision. What? The mistake that Kemp made was to believe that Trump supports anyone. Chris Cillizza of CNN said that while he has seen many politicians throw each other under the bus, “I have never seen it happen that badly.” Cillizza believes that Trump merely, once again, wants to be a “hero.” Even as he stomped on Kemp’s decision, Trump went on endlessly about how much he “loves Georgia, especially those who use nail salons and tattoo parlors.”

Trump was already on record supporting Kemp, but the numbers failed to support either of them. At that point, Trump decided to put this all on Kemp and walk away. Surely, Trump realizes that most of us see right through him. Unfortunately, his not-so-bright political allies don’t. They continue to grovel at his feet to their own detriment. In the case of Brian Kemp, however, his groveling is going to cost lives and his perceived reputation.