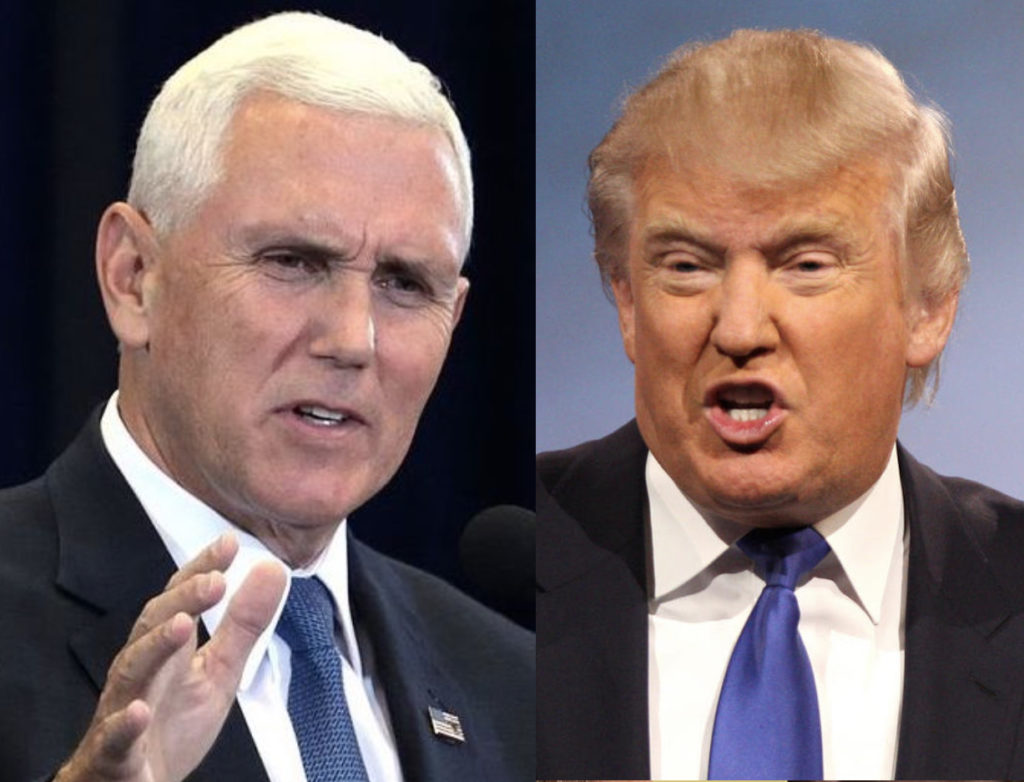 Since the start of the Ukraine scandal, Donald Trump has periodically stopped and thrown Mike Pence slightly under the bus, before going back to waging his war against reality. Now it’s happened yet again, and this time it’s blatant enough that there’s no question Trump is up to something when it comes to why he’s dunking on Pence like this.

Earlier this month Donald Trump’s lawyers were in court arguing that his tax returns shouldn’t be turned over to a New York grand jury. During the course of their argument, Trump’s lawyers cited the decades-old DOJ memo that says a sitting president can’t be indicted. They also emphasized the part of the memo that says a sitting vice president can be indicted. This stuck out as weird. Why was Team Trump trying to convince the courts that Mike Pence can be indicted? Perhaps it was just a ham fisted away of invoking the memo.

Then came yesterday. Trump’s lawyers were back in court again, and they again tried to make the case that Trump’s tax returns can’t be turned over to a grand jury because the grand jury can’t indict him anyway. And again, Trump’s lawyers made a point of stressing that a sitting vice president (cough – Mike Pence – cough) can in fact be indicted. This was after Team Trump got a fair amount of media coverage for having said this the last time. This means they are in fact doing it on purpose, and Pence is being thrown under the bus.

You can stop and ask yourself why this is happening. One theory would be that Donald Trump is planning to have Bill Barr indict Mike Pence, thus taking him down, and leaving Senate Republicans facing the cold reality that ousting Trump would result in President Pelosi. Another theory would be that Trump is simply a spiteful prick who wants to make sure that if he’s going down, Pence is going down with him. But either way, this trend can’t be ignored. Trump is working harder to take Pence down than anyone.

staging.palmerreport.com
696
SHARES
Facebook ShareTwitter ShareEmail this articlePrint Article
LinkedinGoogleWhatsappPinterestRedditStumbleuponBufferTumblrPocketLine
← Donald Trump goes berserk in the middle of the night after everyone makes fun of him for wanting a Colorado border wallThis news out of Ukraine is terrible for Donald Trump →
Leave a Comment