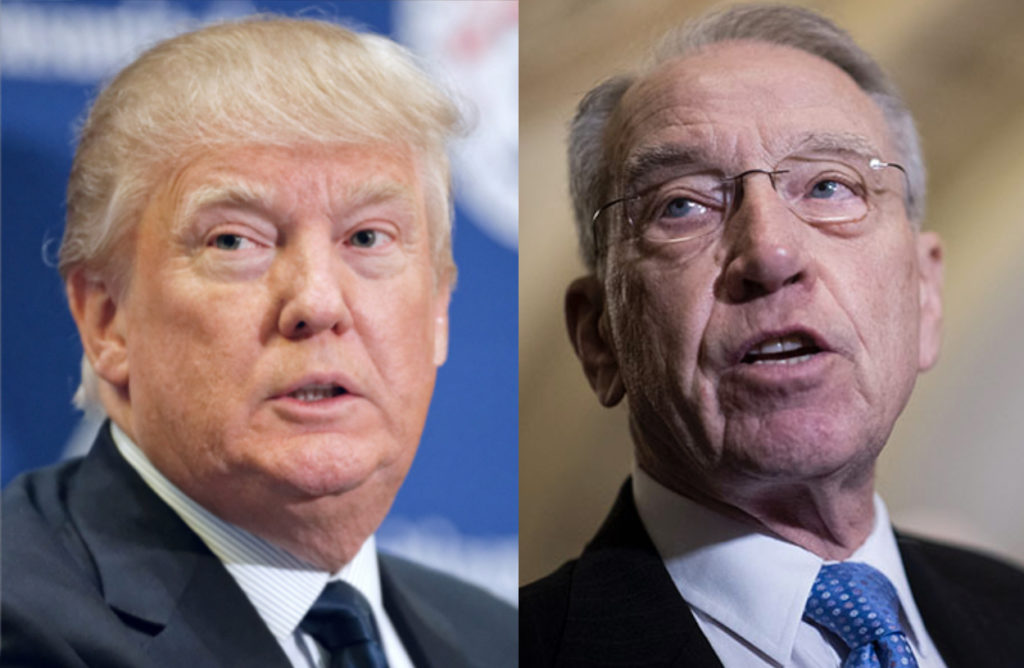 Republican Senator Chuck Grassley is very rarely on the right side of anything. But he’s survived in office for decades because he’s savvy enough to understand what he and his corrupt Republican Party can get away with and what they can’t get away with. Now he’s all but begging Donald Trump to get it together, or do a better job of faking it.

This week the conservative Wall Street Journal published a scathing op-ed about Donald Trump’s total lack of presidential vision, and worsening unfitness for office. Now Chuck Grassley is sounding the alarm, tweeting “Will somebody w access to the Oval Office read the WSJ editorial ‘The Trump Referendum’ to President Trump. We won’t hv more good scotus justices or the best economy in 50 years like we hv had if he doesn’t follow that advice.”

It’s not that people like Grassley want Donald Trump to suddenly become a good guy, or even a good president. They just want him to stop flaunting his own unfitness, because they know it could cost him the election – and it could take down the GOP Senate majority in the process.