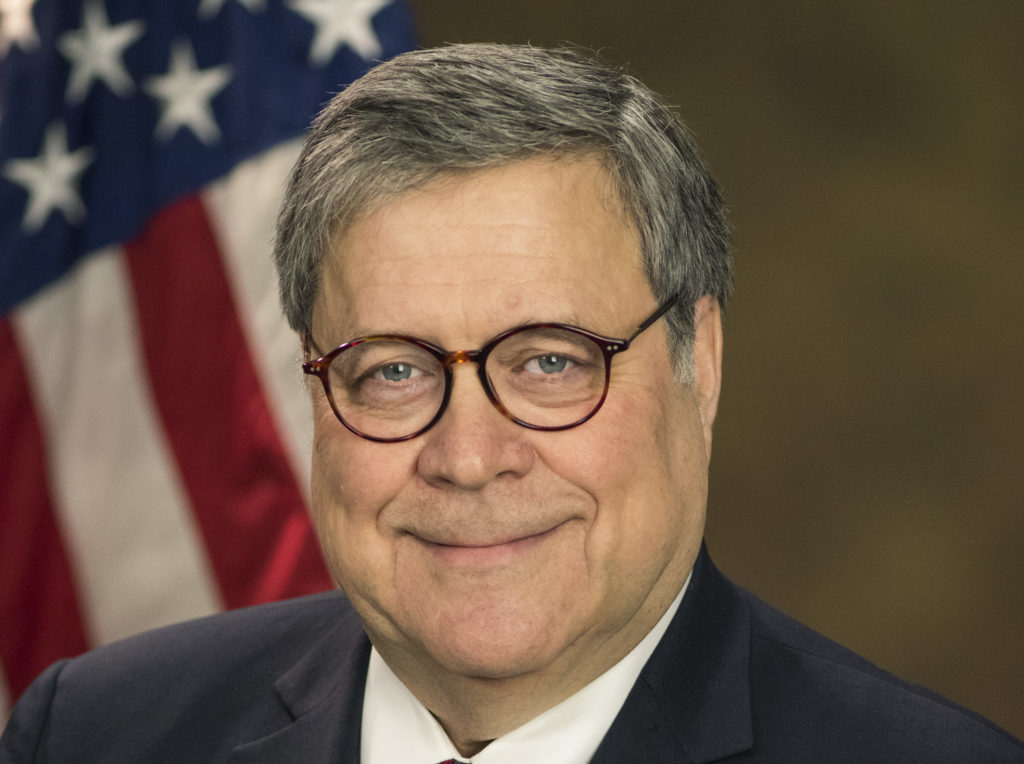 For the past few weeks, Donald Trump’s handpicked Attorney General William Barr has been willing to destroy his own reputation by lying about the Mueller report, as some kind of perverse tradeoff for the newfound power that Trump has given him at the Department of Justice. Barr was a forgotten has-been and now he’s back in the saddle, so hey, what’s the big deal if he has to go down in history as a villain? But now Barr has taken his clown show to an entirely different place.

We’re still about an hour away from William Barr’s scheduled press conference about the Mueller report. There’s no telling just how stupid this spectacle will be, particularly considering that Barr will be performing for an audience of one, and that audience of one is an addled narcissistic sociopath. But this will be more than just Barr smashing the remaining pieces of his reputation into a fine powder for all to see.

Today is the day that Barr sends himself to prison, and then gambles that he somehow won’t arrive at his cell. The groundwork was already laid thanks to yesterday’s New York Times report that Barr’s DOJ and Trump’s White House have been working together for weeks on how to roll out the redacted Mueller report. Considering that Trump is the subject of the underlying investigation, this is textbook obstruction of justice. It’s a felony, and it comes with a multiyear prison sentence.

William Barr is obviously not going to prison while Donald Trump is still president. But what happens in two years or less, when Trump is no longer president? If a Democrat comes in and appoints a legitimate Attorney General, the DOJ will have to indict Barr and send him to prison. Barr is close to seventy years old. Why is he willing to die in prison for Donald Trump? Is Barr counting Trump pardoning him on the way out the door? Or is Barr so drunk with his newfound power, he doesn’t realize or care that he’s setting the rest of his life on fire?

staging.palmerreport.com
698
SHARES
Facebook ShareTwitter ShareEmail this articlePrint Article
LinkedinGoogleWhatsappPinterestRedditStumbleuponBufferTumblrPocketLine
← Everything about this stinksThe Mueller report is out, and holy crap it’s ugly for Donald Trump →
Leave a Comment