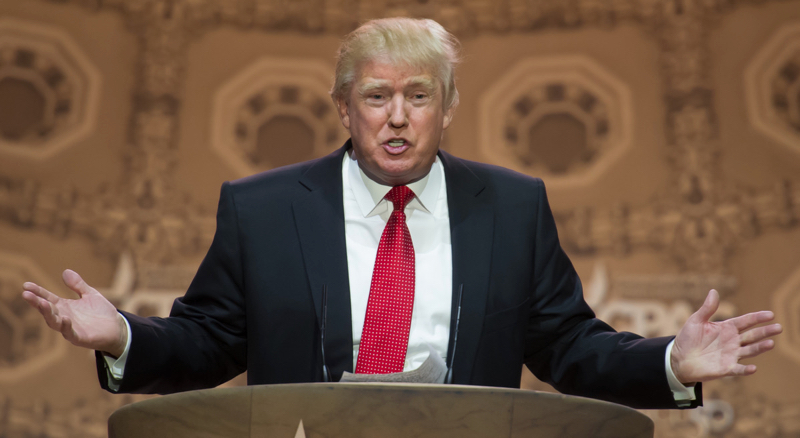 With his presidency falling apart, his criminal scandals closing in, impeachment on the horizon, and the entirety of his remaining political agenda now centered around seeking revenge against those who have been exposing his scandals, why is Donald Trump even bothering to make a trip to Asia? You’d have to ask him; it’s not like the new Emperor of Japan wants Trump there anymore than we want Trump here. But while the nature of the trip remains a mystery, the outcome of the trip is already roughly as negative as one might have expected.

Donald Trump is already playing footsie with murderous dictator Kim Jong Un, who might actually be Trump’s only friend in the world. Last night Trump used Twitter to praise Kim for having insulted former Vice President Joe Biden. You can’t get any lower than that, right? Unless you’re Trump, in which case you humiliated yourself by misspelling Biden’s name while belittling Biden’s intellect.

Then we’ve got Trump tweeting nonsensical exchanges like this with world leaders who are obviously rolling their eyes at him while he’s not looking: “Going to play golf right now with Abe Shinzo. Japan loves the game. Tremendous fans of Jack Nicklaus, Tiger Woods, and Phil Mickelson — I said what about Gary Player, they said we love Gary too!” But hey, at least Trump got to play golf during his trip, as opposed to when he stays home and plays golf.

Donald Trump’s Asia Trip is already a mess, and it’s still barely beginning. We’re tempted to list off some even dumber things he might end up doing before this trip is over, but we don’t want to risk giving him any big ideas.

staging.palmerreport.com
1047
SHARES
Facebook ShareTwitter ShareEmail this articlePrint Article
LinkedinGoogleWhatsappPinterestRedditStumbleuponBufferTumblrPocketLine
← The Ben Carson debacle is even worse than you thinkDonald Trump has even found a way to ruin Air Force One →
Leave a Comment