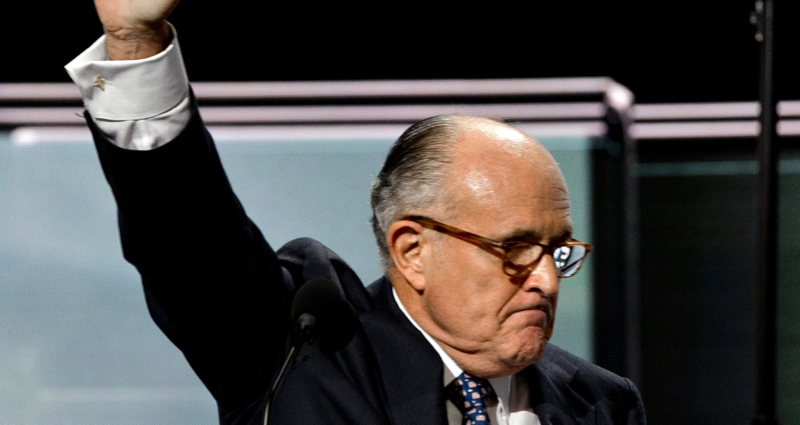 By all accounts, Rudy Giuliani has been having a pretty bad day. His top two henchmen in his Ukraine scandal have been arrested. Donald Trump is throwing Rudy under the bus for it. There’s even a bizarre report that Rudy was planning to leave the country along with his associates before they were arrested. So just how poorly is Rudy taking it all?

Rudy Giuliani got caught planning to travel to Vienna along with his associates who were fleeing the country, when he carelessly told a reporter about his planned trip. That same Atlantic reporter tried calling Rudy back after the news broke of the arrests, but one of Rudy’s assistants answered the phone instead. Rudy was in the background, though.

At one point during the phone call, the Atlantic reporter says she could hear someone who sounded like Rudy Giuliani yelling “asshole” in the background. The assistant then explained that Rudy was “talking to the TV.” That’s right, the personal attorney to the President of the United States is now reduced to watching cable news and cursing at his television as the news keeps getting even worse for him.

There are almost no words for how bad this all is for Rudy Giuliani. The SDNY investigation is clearly targeting him next, because that’s how these kinds of multi-tiered investigations tend to go. And now Donald Trump is publicly distancing himself from Rudy in the same manner we saw Trump distance himself with his other underlings right before he abandoned them, such as Michael Cohen and Paul Manafort. They’re both in prison now. No wonder Rudy is cursing at his TV.