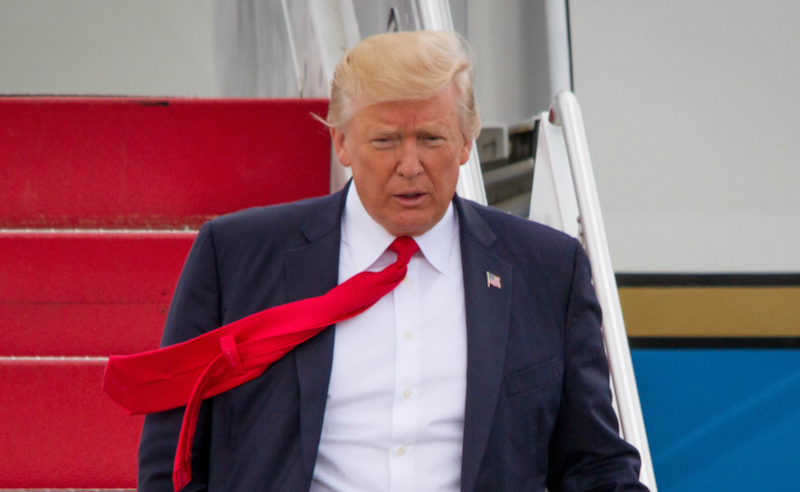 How bad have things gotten for Donald Trump? He’s officially lost Ann Coulter. Not only that, he knows he’s not going to be able to get Coulter back, which is why he’s now viciously attacking her. So what happens after you’ve lost the support of a cartoonish pundit who’s such a joke that both sides know she’s a joke, and the right just humors her? Trump just gave us that answer, and it isn’t pretty.

In the past few days Donald Trump has retweeted the likes of Paul Sperry, Charles Payne, Mark Levin, Tim Young, and Hans Von Spakovsky. How obscure are these people? They’re all real, but if I had made them all up, most of you wouldn’t know the difference.

Don’t feel bad if you haven’t heard of these people; you’d have to be pretty well versed in the far-right echo chamber to have any idea who these people are, because none of them exist outside of it. But that’s who Donald Trump has left now. As he circles the drain, even people like Ann Coulter are cutting bait, because they want to retain relative credibility with their far-right base once Trump has been flushed. The people speaking the most loudly and consistently in Trump’s defense are people whom no one has heard of or even cares about.

But don’t tell that to Donald Trump, who is such a malignant narcissist, he’ll embrace anyone who sings his praises, no matter how laughable that person is. In fact Trump has retweeted Paul Sperry, whoever the heck that might be, nine times in the past two days. This is all that Trump has left to work with. Instead of giving up and resigning, Trump is clinging to what little he has left, no matter how embarrassing it may be.