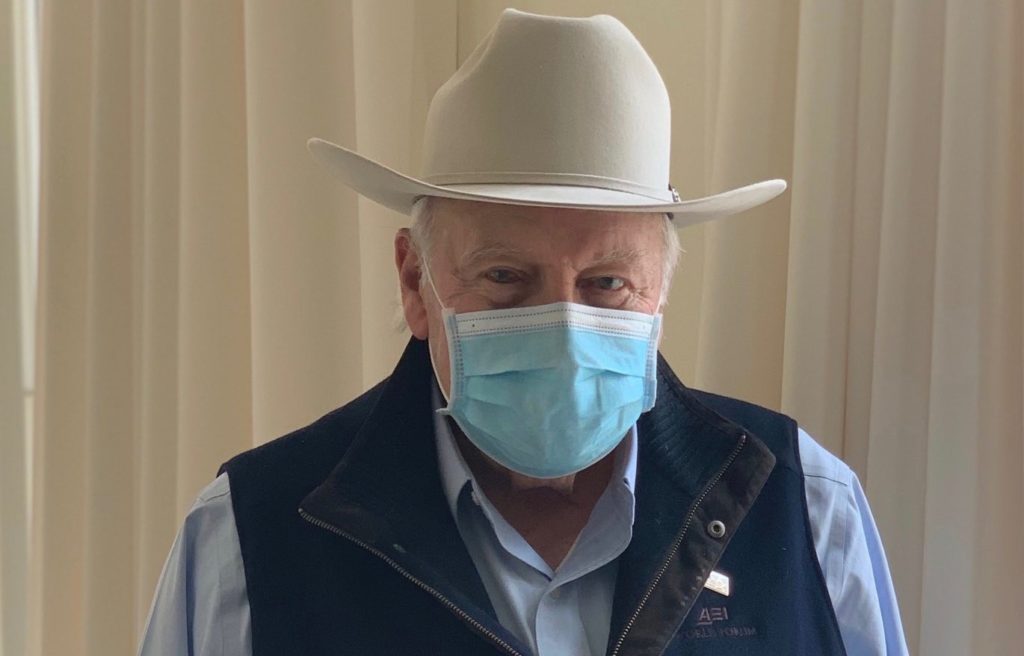 Donald Trump sent his stooge Mike Pence to the podium today to try to explain away why the coronavirus crisis is getting worse in so many states. Pence urged people four times to try to pray the virus away, but refused to say that people should wear a mask. We all know that this is because Trump doesn’t want to wear one.

Not long after the debacle, Congresswoman Liz Cheney posted this image of her father, former Vice President Dick Cheney:

That’s right, even Dick Cheney – the monster who bulldozed Iraq and killed everyone so he could personally profit from it – thinks that Donald Trump is taking things too far by being anti-mask during a pandemic. Cheney has supported Trump on issues in the past, but now he’s making a point of sticking it to Trump. Even Cheney seems to want off the Trump crazy train.