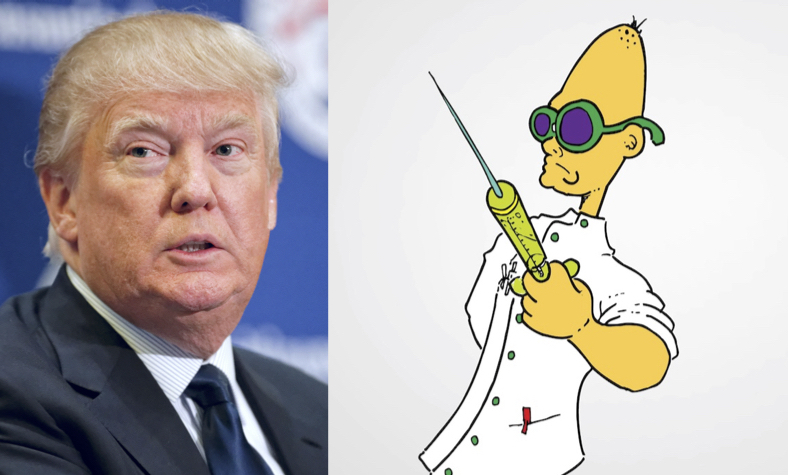 Yesterday afternoon, Donald Trump said he would be getting a coronavirus test, but wasn’t willing to say when. Then last night, Trump’s White House doctor released a statement saying that even though Trump had been exposed to the virus, he didn’t need to be tested. Then today, Trump held another press conference and claimed that he had in fact been tested last night. Wait, what?

Not only is there obviously a lot of lying going on here, these liars can’t even get their story straight. Why would Trump’s doctor give Trump the test last night, while simultaneously releasing a statement saying that Trump didn’t need to get tested? There are only two possible explanations, and neither of them is good.

The first possibility is that the doctor did indeed test Trump last night, but Trump insisted that it remain a secret, so the doctor released the phony statement, only for Trump to blurt out today that he had indeed been tested. The second possibility is that Trump is refusing to get tested, so he had his doctor release the statement last night, but when it played poorly in the media, he decided today to simply pretend that he’s been tested.

Either way, this means that we can’t trust the test results that Donald Trump and his doctor will announce tomorrow. It’s a given that if Trump tests positive, he’ll claim otherwise. And for all we know, he wasn’t even tested, and he’ll be announcing an imaginary result. It’s also possible he’ll simply never mention his test again, and hope no one notices.

staging.palmerreport.com
1071
SHARES
Facebook ShareTwitter ShareEmail this articlePrint Article
LinkedinGoogleWhatsappPinterestRedditStumbleuponBufferTumblrPocketLine
← What if he does have it?This is the end of Donald Trump →
Leave a Comment