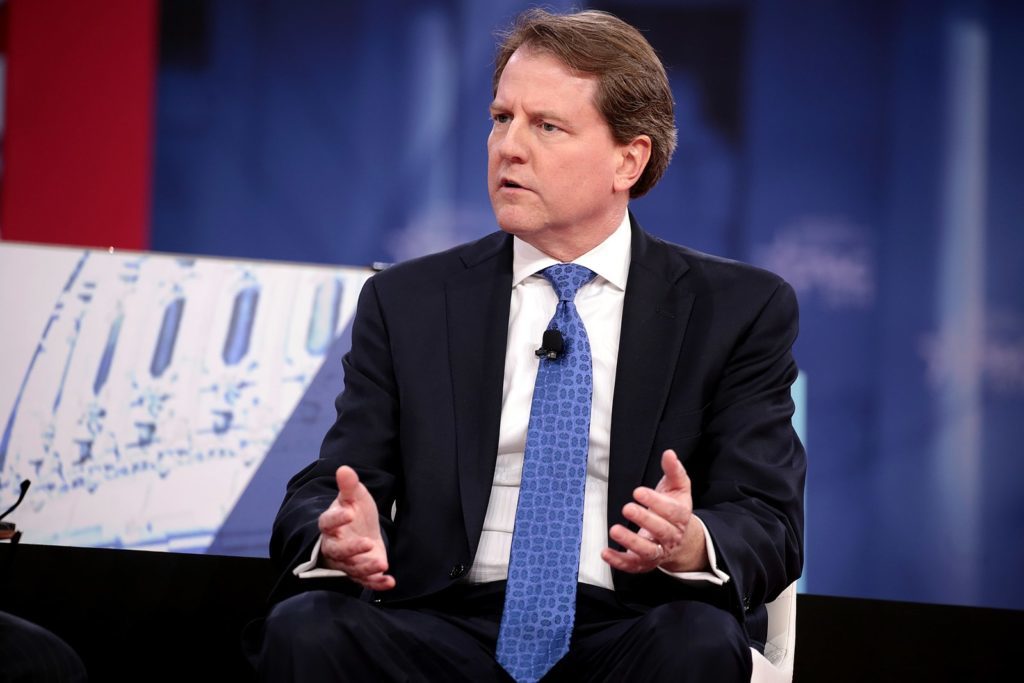 Former White House attorney Don McGahn has apparently been “instructed” by Trump to not testify on Tuesday in front of the House Judiciary Committee. This comes as no surprise. In fact, the only surprise will be if McGahn defies his king’s illegal “order” and testifies.

McGahn’s agenda was to pack the Supreme Court with as many far-right, anti-abortion lifetime appointments as possible. The other difficulty for McGahn when it comes to making the right choice, is that he is one of a cabal of Jones Day lawyers set up by Trump to work in the White House.

Jones Day’s clients include Alfa Bank, the Russian government-controlled bank that set up a suspicious private server link to Trump Tower during the election. Jones Day’s other clients include Oleg Deripaska, the U.S. sanctioned aluminum oligarch who has been in bed with Mitch McConnell in order to build a huge aluminum plant in Kentucky. Victor Vekselberg, the U.S. sanctioned buddy of Michael Cohen et al, and Alexander Maskevich, a mining oligarch, are also clients of Jones Day.

What we have here is banana republic-level corruption. Brett Kavanaugh’s enormous personal debt (remember that up to $150,000 credit card debt that was paid off shortly before he rose to the Supreme Court?) has mysteriously vanished, and he never did believably explain it. We also have Attorney General William Barr covering for Trump because of future Supreme Court appointees. Former Supreme Court Justice Kennedy retired suspiciously to vacate a spot for a Trump appointee, when Kennedy’s son seems to have been one of the bankers Trump dealt with at Deutsche Bank on all those money laundering loans. This screams quid pro quo.

www.trkenneth.com/
1012
SHARES
Facebook ShareTwitter ShareEmail this articlePrint Article
LinkedinGoogleWhatsappPinterestRedditStumbleuponBufferTumblrPocketLine
← Justin Amash launches a whole new smackdown on Donald Trump and his apologistsDonald Trump freaks out as Joe Biden stomps all over him →
Leave a Comment