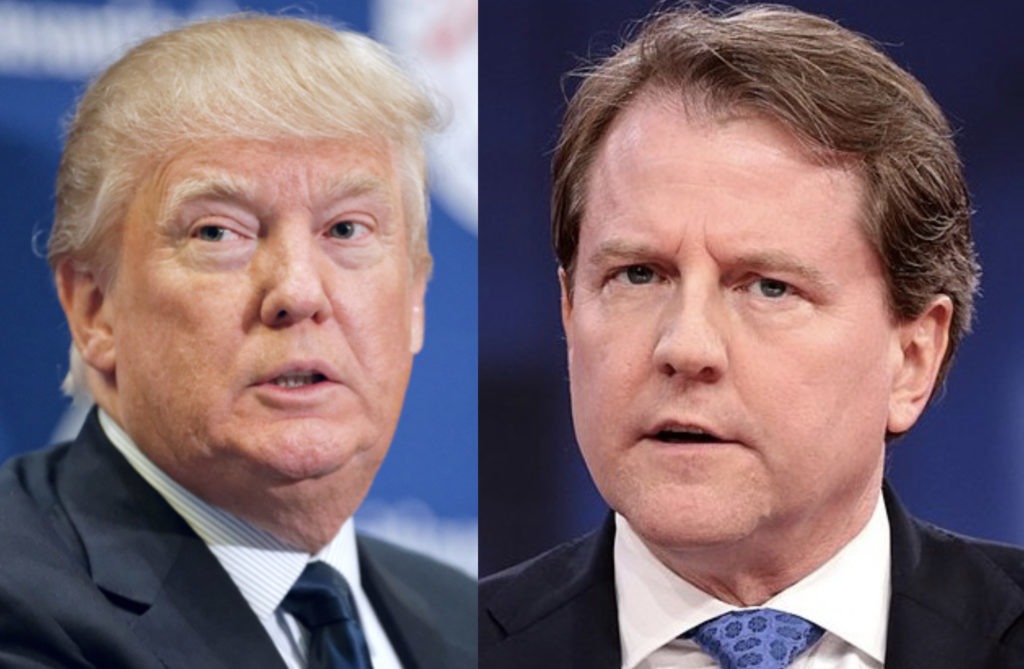 The House Judiciary Committee filed a suit in federal court yesterday in order to enforce a subpoena for former White House Counsel Don McGahn to testify before Congress. Should the committee succeed in this endeavor, it would profoundly rattle the Trump administration, and perhaps more importantly, the Trump 2020 campaign.

McGahn was ordered by the White House to ignore a congressional subpoena issued to him, invoking “executive immunity,” the idea being that the confidentiality of the goings-on between McGahn as White House Counsel and the rest of the Trump administration remain confidential at least as long as Trump is president and says so. This hasn’t been tested much in the courts, so this legal battle could have serious consequences.

If McGahn is ordered to testify, it’ll be a spectacle. It’s worth remembering that McGahn is mentioned literally hundreds of times in Mueller’s report in no small part because of the number of times he spoke to the Special Counsel’s team. McGahn knows a lot, and enough to get the Trump administration seriously nervous. Imagine a televised testimony in which McGahn must disclose, or even dodge questions and perjure himself about Trump’s conduct. McGahn’s testimony would be unique among the congressional testimonies that have already taken place in that McGahn knows many details that even close former allies like Hope Hicks did not know. The very nature of being an effective attorney means that you know your client’s intimate business. While McGahn was White House Counsel and thus not the president’s personal lawyer, we know that Trump repeatedly approached McGahn and requested services outside the normal remit of White House counsel. Just these requests can be damning and show Trump’s sordid intentions.

What’s more – the attempt by the administration to block McGahn from obeying the subpoena issued to him by the House months ago might constitute obstruction of justice, assuming adequate intent can be proven. Trump’s compulsion to fight every attempt made to expose his corruption results in more corruption, and that’s a losing strategy in the long term. Right now, Trump’s playing whack-a-mole with the investigations into the greater Trump universe, mass shootings, Iran, North Korea, China, Brexit and more, and it’s becoming increasingly difficult for him to defend himself from himself. A McGahn testimony on top of all this would surely get the ball rolling fast with the Judiciary Committee’s impeachment investigation, and Trump’s head spinning even faster.