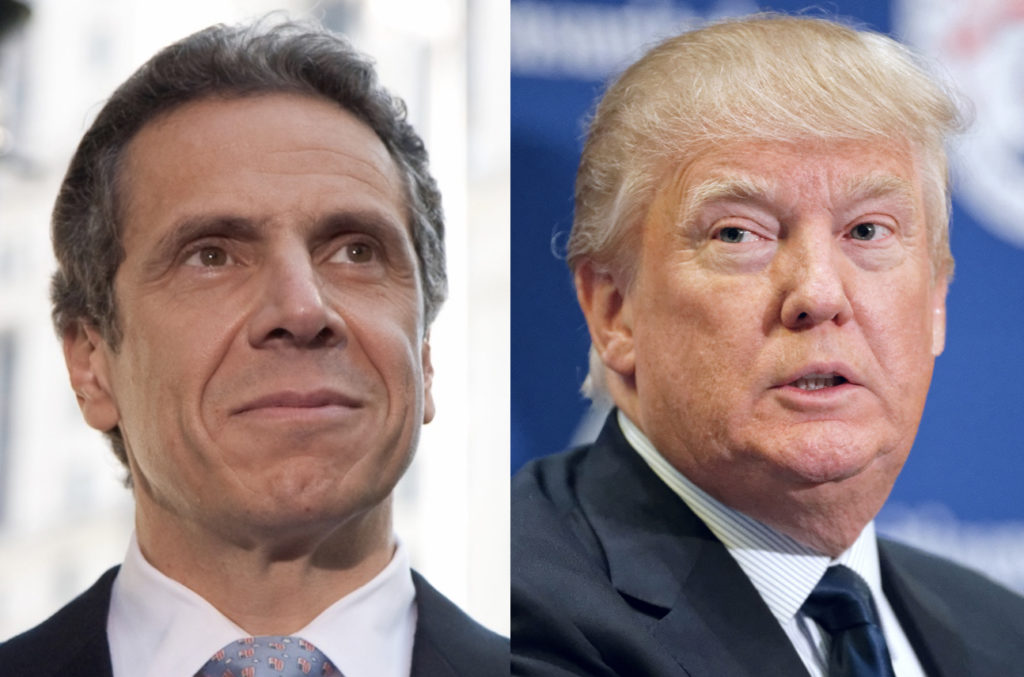 It’s not enough that Donald Trump’s idiotic and dangerous press conferences have to happen and only serve as a reminder of how unprepared and incompetent he truly is. As the number of American lives claimed by Covid-19 continues to climb, Trump regularly demonstrates that he has no desire to save American lives and hope that the Republican governors who support him can keep up the illusion that he’s doing a good job. If you thought he couldn’t possibly disgrace himself in front of the country any further when it comes to talking about the virus, however, you’d be wrong.

Not only is Donald Trump inflating his own ego by saying he’s handled things perfectly so far – he can’t stand to have the spotlight given to anyone else. While New York governor Andrew Cuomo is stepping up and rightfully admonishing the administration for its shortsightedness, he’s enjoying considerably higher approval ratings than Donald Trump could ever hope for.

This is something that Trump couldn’t let go of course, and he claimed credit for Cuomo’s high approval rating – saying it’s because he gave the state the ventilators and ships that it needed during his Fox News appearance. It wasn’t even the last thing he had to say about it – even going so far as wishing aloud that he could run against Andrew Cuomo in the general election.

Perhaps he was hoping he could goad Cuomo into rebuking him publicly – or that he could make any of the governor’s decisions seem politically motivated – a strategy that proved to be pretty stupid when Cuomo quietly dismissed it by denying any intentions to run for president and saying he won’t engage in politics with Trump. Donald Trump isn’t just incapable of handling a crisis, he’s having a hard time picking fights too, as the media is wisely beginning to limit his screen time.