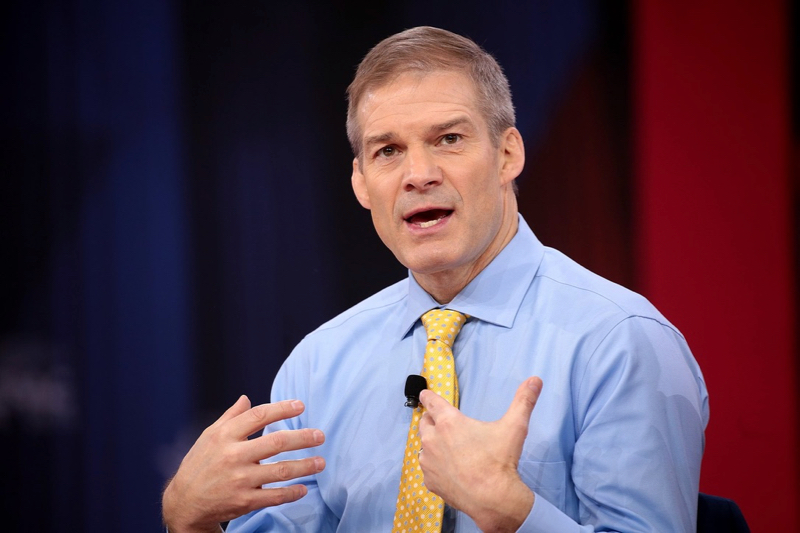 Yep, taking off your jacket and rolling up your sleeves is never going to be the same. When writer and witty composer of bons mots François de La Rochefoucauld said “Hypocrisy is a tribute that vice pays to virtue” he probably had someone like Ohio Congressman Jim Jordan in mind.

In case you’ve spent the last couple of years in a coma, allow me to explain. When Jim Jordan was an assistant wrestling coach at Ohio State University from 1987 to 1995, the team doctor, Richard Strauss, sexually assaulted several members of that team. This went on unabated and unchallenged and with the full knowledge of the coaching staff, including Jim Jordan. Jordan denies this, of course, despite the testimony of at least eight former wrestlers who said that Jordan had been aware of, but did not respond to, allegations of sexual misconduct by Strauss.

Of course, there’s nothing quite like false allegations of sexual misconduct to bring liars and fortune seekers out of the woodwork. I’m being sarcastic here. The truth of the matter is coming forward into the glare of public scrutiny with accounts of sexual assault is one of the most humiliatingly difficult and courageous things a human being can do. I’m personal friends with two of Bill Cosby’s victims and I have it from them firsthand how soul-murdering it can be. But it’s also cleansing and, however painful, sometimes essential in order for the victims to get on with their lives. Eight people have come forward and made these allegations that Dr. Strauss molested them and Jim Jordan covered it up. I believe them and so should you.

Mike DiSabato was the first to come forward about the abuse in 2018. On Tuesday Adam DiSabato, brother of Mike DiSabato, said that Jim Jordan called him — on the Fourth of July last year no less — and begged him to come forward and contradict his own brother’s testimony. DiSabato said Jordan was, “crying, groveling … begging me to go against my brother … That’s the kind of cover-up that’s going on there.” (Recall that Jordan was the guy who got shoe-horned onto Adam Schiff’s Foreign Relations Intelligence Committee so he could serve as the Republican chief exponent of moral outrage. Now imagine him crying and groveling.)

DiSabato went on to say, “He (Jordan) is throwing us all under the bus, he is a coward. A coward. He is not a leader, he’s a coward … I was Captain of our team, I would never abandon our Team. He abandoned us.” You’ve got to hand it to Jim Jordan, when it comes to being a shill for sexual abusers he sure is consistent. After all, we know about Donald Trump and his history of rape and sexual assault. The thread linking Jordan’s careers, first as a coach then as a Congressman, is carrying water for sexual criminals. Jordan is phony and his moral outrage is phony. There are few people more disgustingly criminal than Jim Jordan, who belongs not in Congress but in prison.