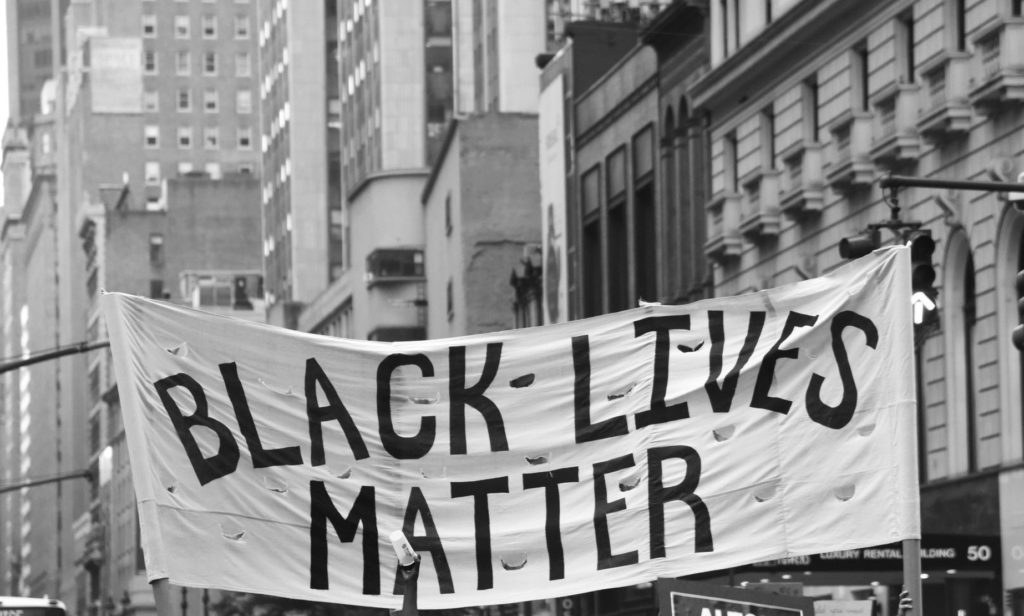 Let’s say your grandmother just died. Her death is especially distressing to you because you’ve lost a lot of family members of late who were equally precious to you. Let’s say you go to a friend for comfort. Their first reaction is to wonder aloud what your grandma did or failed to do to contribute to her own death. They then point out that death is common when you live in the world of the elderly, and the elderly need to take more responsibility for that sad but implacable Home Truth.

You try to express to your “friend,” who you’re beginning to wonder if indeed they are your friend, how much your gran’s life mattered to you. “Well,” your friend responds, “all grandmothers’ lives matter.”

This is an example of what it’s like to have your feelings hijacked by a self-righteous person employing (barely) technically true irrelevancies as weapons. It neither helps nor comforts you. What it does instead is leave you with the realisation that your pain isn’t merely acute, it’s voiceless and bereft of outside human compassion and understanding.

I think it’s important that this point be fully understood before we proceed. The last time I ventured onto the topic of Black Lives Matter, some well-meaning but clueless readers used the expression “all lives matter” in the comment field. While that technically ought to be true, it isn’t merely irrelevant to the discussion of Black Lives Matter, it is ultimately inimical to its central message. “All lives matter” isn’t a point that needs to be made. It’s more or less been an American article of faith since the drafting of the Declaration of Independence. We will leave off, for the moment, that the Declaration probably meant that all white, male, property owning lives “are created equal,” and take the most generous interpretation for the sake of our point at hand.

“Black Lives Matter” is not a position that needs embellishment or qualification. What it means in America is that black men and women have for centuries been treated as if their lives don’t matter at all — and it needs to stop. It began with slavery, continued with Jim Crow and is perpetuated by a mindset that is systemic in law enforcement today. It helps no one if you parrot “all lives matter” in response, as if it’s a point that needs to be made and no one ever heard it before until Wise Old You brought it to their attention. It doesn’t make you sound like Gandhi or Jesus. It makes you sound like a fool. So cut it out.

Besides which — and this is a point that’s almost never really made — in actual practice and where the rubber meets the road all lives most emphatically don’t matter. That’s the reason we have to say Black Lives Matter in the first place. That’s the thing that needs to change, and the change needs to begin with attitudes and presumptions about the lives of people of color. Black lives matter, and we need to acknowledge that naked fact without equivocating commentary.

Let it also be noted that when you respond to Black Lives Matter with “all lives matter” you’re in despicable company. During a House Judiciary meeting on the House Democrats’ police reform proposal, Representative Eric Swalwell asked if any of his Republican colleagues could “unequivocally” say “black lives matter.” Representative Matt Gaetz responded saying “all lives matter.” So if the expression hasn’t become repellent to you yet, maybe the execrable standard set by the House of Representatives’ very own pet weasel will help.

“All lives matter” is an updated version of the well-meaning bromide that “some of my best friends are black.” It needs to exit the language now and forever. People of color have invented Black Lives Matter and made it their very own. They don’t need help from us white people. I have total confidence in the competence and intelligence of people of color, and if you don’t, maybe it would be helpful for you also to recall that the best and brightest and most intelligent and most competent and most compassionate President of the United States we’ve had in our lifetime was also a person of color. Let’s make his choice for his second in command our choice for President in November. And, as ever, ladies and gentlemen, brothers and sisters of color, comrades and friends, stay safe.