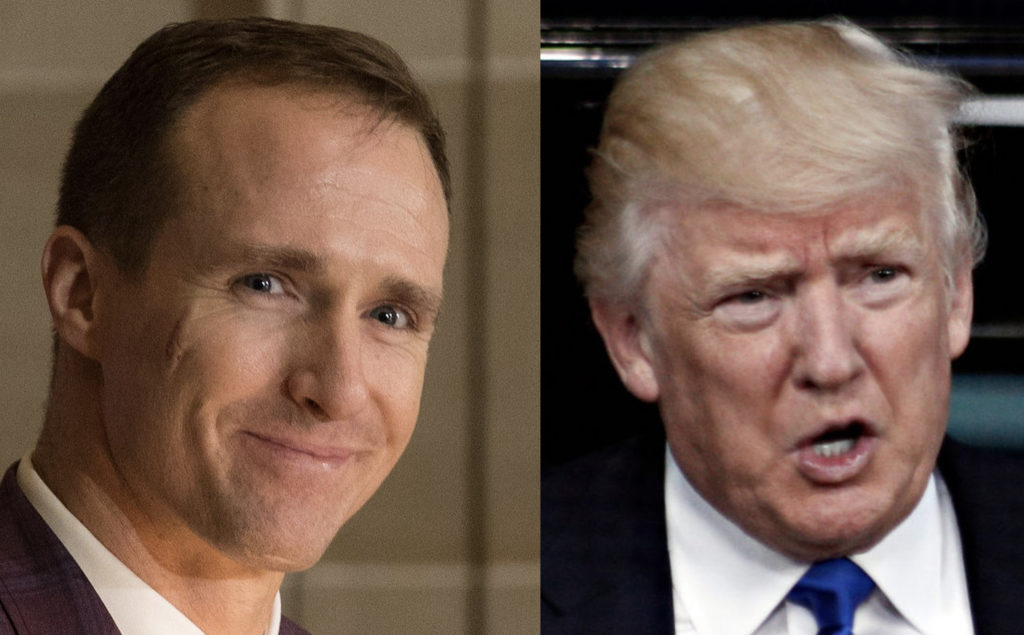 This week Drew Brees offended several of his teammates and fellow football players, both black and white, when he stated that he still doesn’t agree with athletes kneeling during the National Anthem. Brees ended up apologizing for it after realizing the mess he’d made. Then today Donald Trump tried to make it worse by tweeting about how Brees shouldn’t have backed down.

To President Trump: Through my ongoing conversations with friends, teammates, and leaders in the black community, I realize this is not an issue about the American flag. It has never been. We can no longer use the flag to turn people away or distract them from the real issues that face our black communities.

We did this back in 2017, and regretfully I brought it back with my comments this week. We must stop talking about the flag and shift our attention to the real issues of systemic racial injustice, economic oppression, police brutality, and judicial & prison reform.

We are at a critical juncture in our nation’s history! If not now, then when?

We as a white community need to listen and learn from the pain and suffering of our black communities. We must acknowledge the problems, identify the solutions, and then put this into action. The black community cannot do it alone. This will require all of us.

Congratulations, Donald Trump, now even Drew Brees is telling you off. What Trump doesn’t understand is that the American pulse has shifted on this issue since he took office, and he can no longer use it as a wedge issue to divide mainstream Americans against each other. Trump forced Brees to pick a side by tweeting about him today, and Brees just publicly chose his teammates over Trump.