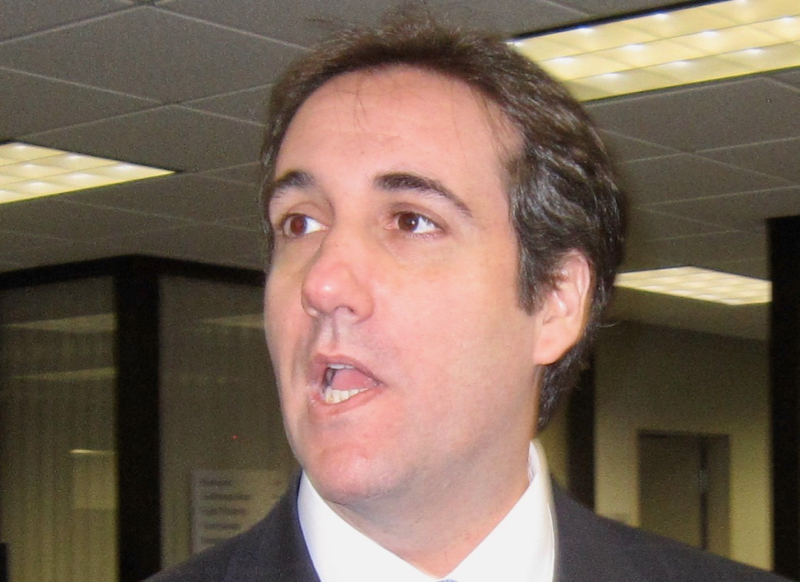 Duck and cover. That’s what you do when bombs are going off, and when Michael Cohen takes the stand, it will be bombs away. We already have a preview of Cohen’s opening statement wherein he calls Donald J. Trump a racist, a conman, and a cheat. Absolutely none of this will come as a surprise to anyone who has followed the news for the past two years. Only now, we’re going to get documents, signatures, and financials.

The big worry here isn’t the bomb Michael Cohen will drop. It is the one Donald Trump will drop. Let’s face it, those in the Trump circle aren’t the sharpest knives in the drawer, and with his circle in a panic anything can happen. Anything. Without morals, a conscience, or empathy, and a worldview that ends at the tip of his nose, Donald Trump is capable of a truly nuclear meltdown on Wednesday, the likes of which the United States has never seen.

Trump’s arsenal in the past has been to distract and deflect. It will be difficult to do that from Vietnam, coordinating a meeting with Kim Jong Un under the supervision of Putin’s favorite diplomatic handyman, Sergey Lavrov. Fireworks will be needed, and as Matt Gaetz has already promised, fireworks will be happening.

Trump is now in the arms of his puppetmaster, Putin. By using Russia as the advisor to his Kim summit instead of the U.S. diplomatic and intelligence agencies, it’s crystal clear from whom he takes his orders. The only good thing is Putin is smarter than Trump. Putin certainly won’t be starting a nuclear war to save Trump’s hide. But Trump is the wild card here. He’s a malignant narcissist who is going to feel the earthquake of the truth tomorrow. His view of himself and his world will be threatened. No amount of alternative facts will make the impact tremors go away.

It’s a scary world at the moment. But our best insurance, ironically, is the fact that Trump is far more afraid of the Russians than of Mueller. He may actually restrain himself over Cohen’s testimony because he thinks he can glad-hand around it. And that’s where his stupidity begins and ends. In his overriding fear of Putin, he’ll never hear the Special Counsel shot that finishes him off.

www.trkenneth.com/
1841
SHARES
Facebook ShareTwitter ShareEmail this articlePrint Article
LinkedinGoogleWhatsappPinterestRedditStumbleuponBufferTumblrPocketLine
← Matt Gaetz begs for mercy after Nancy Pelosi drops the hammer on himDonald Trump wakes up in Vietnam and finds out his entire life has gone to hell →
27 Comments