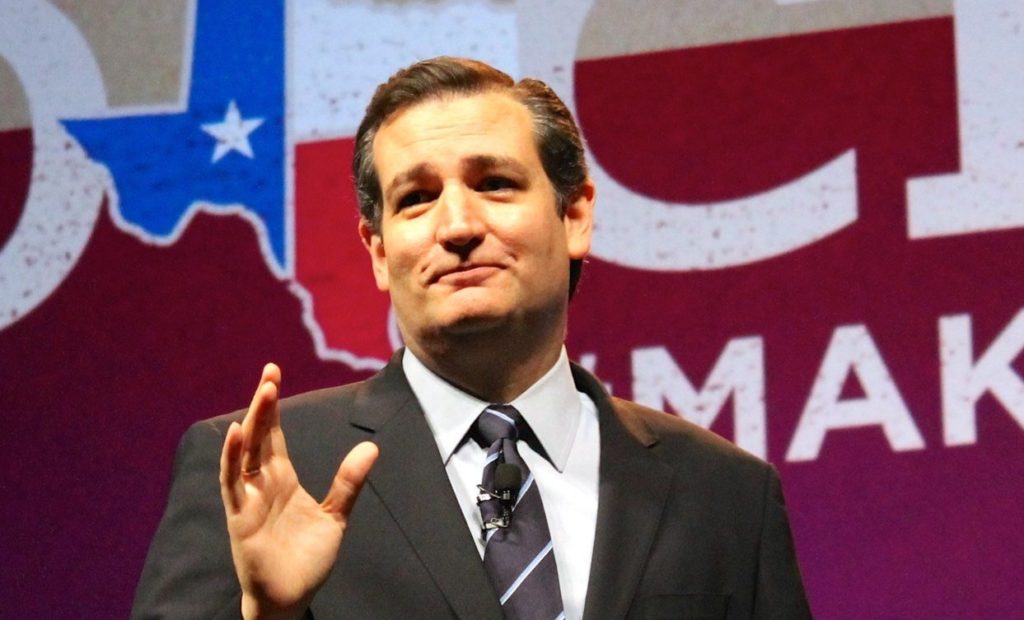 Ted Cruz is a man with no sense of right and wrong, no decency, and no understanding of normal human behavior. He’s also turned out to be a man with no self respect whatsoever. If you were Ted Cruz, would you respect yourself? The jokes write themselves. But the extent to which Cruz is now bowing down to Donald Trump is nothing short of alarming, even by his standards.

In the 2016 election cycle, Donald Trump went after Ted Cruz’s wife. Then we all saw Cruz publicly lambast Trump, before turning around and ultimately supporting him. It darkly made sense at the time. If Trump won, Cruz was going to need his help getting reelected to the Senate in 2018, and sure enough that’s how it played out. But there’s now got to be more going on here, as evidenced by Cruz’s television appearance on Meet The Press this morning.

Ted Cruz hit the Sunday morning talk show circuit and went out of his mind trying to dishonestly defend Donald Trump against impeachment. Cruz went so far as to make the hallucinatory false claim that Ukraine somehow meddled in the 2016 U.S. Presidential election. Frankly, just speaking these words on television should cause a trap door to open up underneath the person. But there Ted Cruz was, humiliating himself by pushing a laugh-out-loud lie that even his own far-right tea party lunatic base doesn’t really believe.

Ted Cruz isn’t even up for Senate reelection until the year 2024. By that time Donald Trump will have already been in prison for several years. Cruz can’t possibly be doing this because he’s worried about reelection. Instead Cruz is making clear that he’s personally beholden to Trump, for reasons we don’t know about. It calls for a reexamination of just why Cruz suddenly and belatedly threw his weight behind Trump in 2016. Cruz is frantically selling out his country in order to remain on Trump’s good side – and we all deserve to know why.