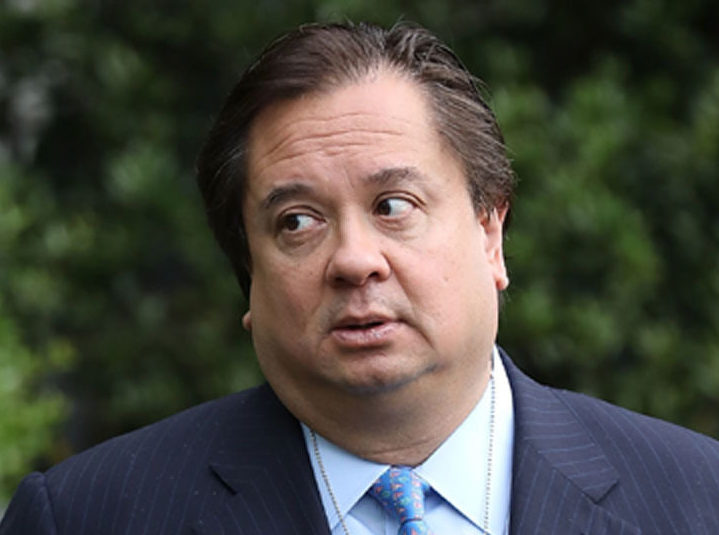 George Conway, husband to White House “counselor” Kellyanne Conway, is once again striking out at “president” Donald Trump. Conway has been lighting up his Twitter with his theory of why Trump ordered the assassination of General Qassem Soleimani, and it’s not far from our own. Conway believes that Trump is “desperate” because of his impeachment. He further takes the opportunity to call Trump “evil.” He’s not wrong. Conway said that he would be happy to be wrong, “but the evidence is hard to ignore.”

To make his point, Conway mentions that Trump has allowed “all sorts of transgressions” committed by the Iranians go without a word and further points out that Trump is “perfectly happy to kowtow to evil foreign leaders (KJU, Putin).” Instead, he has now chosen an option “that the military thought too extreme to actually select, and then threatens to commit war crimes. What’s different now?” What indeed is different?

As Palmer Report and others have pointed out since this all began, Trump is the king of deflection. He will go to any lengths to deflect from his own criminal behavior. Would he really go this far? Put nothing past this man. As Conway points out, “he’s a narcissistic sociopath.” He also reposted a Tweet from Brett McGurk, a former diplomat and senior national security member under Bush and Obama, which states: “We’re moving rapidly up an escalatory ladder with no offramp, strategy, or achievable objective.” It appears that McGurk is correct.

Iran attacked U.S. military facilities in Iraq in retaliation for Trump’s ill-advised, unprovoked strike. The country launched ballistic missiles toward at least two bases. Fortunately, no Americans were killed in this attack, but things are just beginning. Trump might pretend that this strike stems from something else, but HuffPost reports that the strike was undertaken by the Islamic Revolutionary Guard Corps, the very branch that Soleimani led. The IRGC even e-mailed statements to various American media outlets. If Trump thinks this is the end of things, he’s dumber than we know.

Immediately following the attack, “president” Trump, Twitter king, announced: “All is well! Missiles launched from Iran at two military bases located in Iraq. Assessment of casualties & damages taking place now. So far, so good!” Please read that statement again and try to convince yourself of how unpresidential this statement is. But we really shouldn’t expect any more from Trump. He has no clue what he has gotten us into, and to be honest, he doesn’t care. If he did, he wouldn’t continue to escalate things by threatening to attack cultural sites—which is considered a war crime—and he wouldn’t continue to hurl insults. Hurling insults is what Trump does best, and threatening cultural sites is merely another example of his bullying mindset.

Trump has absolutely no idea what these people can do. They are groomed for war and will defend themselves to the end if necessary. They’re not exactly the target that one would choose without provocation. Leave it to Trump to do just that. Again, he had no plan beyond sending a drone to assassinate Soleimani, and he obviously gave no thought to what would happen next. Ten months and counting. The insanity and danger of Donald Trump must end.