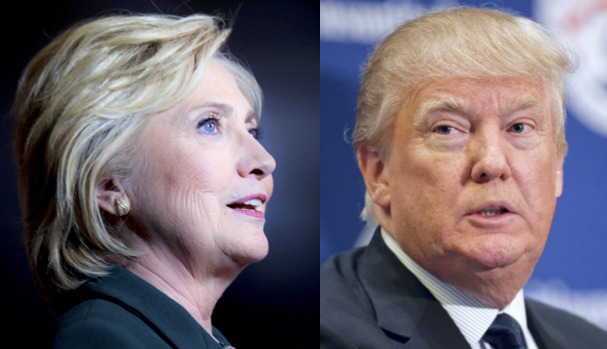 Donald Trump is tweeting up one alternative-fact-laden conspiracy theory after another today, the greatest of which seems to be that Google manipulated millions of votes in 2016 to hurt Trump. Of course, his explanation is that he was so overwhelmingly popular, he won anyway. But then Hillary Clinton burned him to the ground with her tweet saying the debunked study Trump quoted was based on 21 undecided voters and, “…that’s about half the number of people associated with your campaign who have been indicted.”

The point here isn’t about who won the Twitter war, it’s about a narcissist’s insistence on magical thinking. This is why Trump lies. He must come up with “facts” that prove his greatness again and again because this is the very stuff of his existence. He’s terminally allergic to the truth, just as Jeffrey Epstein proved to be. Their egos cannot take wounding and they will make up lies which they insist are true because it’s the only way to save their narcissistic self. When reality dawns, their psyches are destroyed, and like Epstein, they very often destroy themselves.

In the next few weeks as the economy weakens and Trump lies about how great everything is, look for him to double down on his claim he may never leave office. This is another piece of magical thinking that will take him down like a flea in winter. Deep down, he knows it, and he is terrified. Out of office, he will have to face the Department of Justice as a mere mortal, his Bill Barr shield will be removed, and he will be forsaken to the truth and ugliness of all the crimes he’s committed.

It will be hideous, as we’ve told you repeatedly. Look for his lies to get wilder and the truth to get foggier in the gaslighting. His lifesaver will be his insistence that our next election is a fraud if he doesn’t win, and, in the end, we doubt he’ll go willingly. It’s going to be quite a show, but we’ll get to the other side savvier than we were before. Our bullshit glasses have fallen off; Trump’s are still squarely on his face until the SDNY, the FBI, and/or the FEC slides them off.

www.trkenneth.com/
1131
SHARES
Facebook ShareTwitter ShareEmail this articlePrint Article
LinkedinGoogleWhatsappPinterestRedditStumbleuponBufferTumblrPocketLine
← Bill Barr just made an even more suspicious move in the Jeffrey Epstein scandalDonald Trump tips off just how truly rattled he is →
Leave a Comment