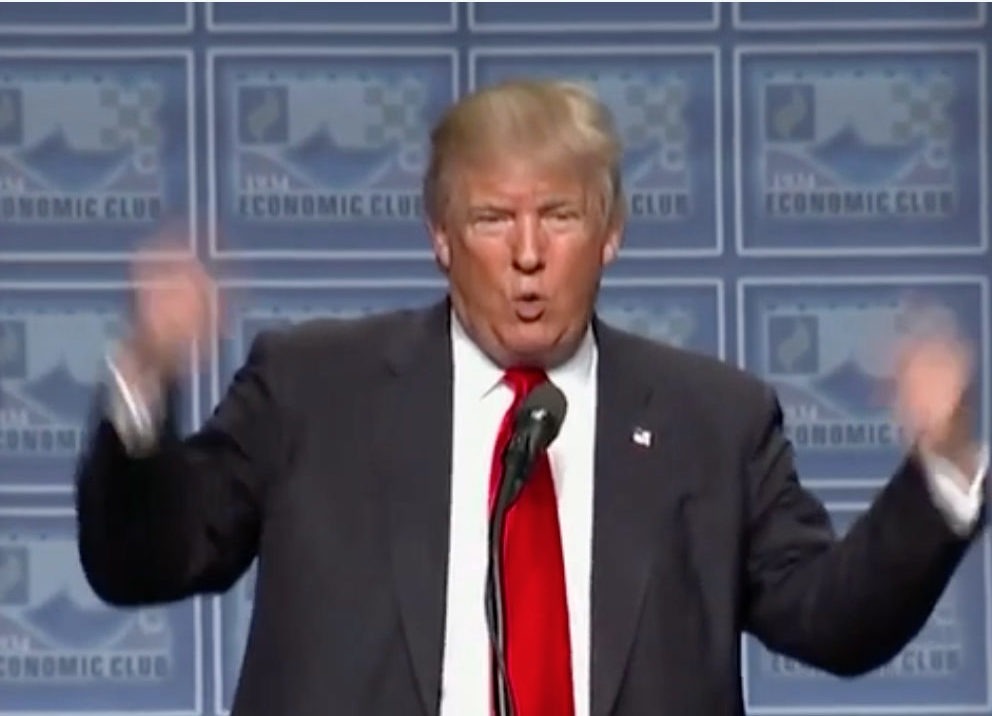 The cognitive dissonance was so thick you could cut it with a broadsword. In no particular order: Donald Trump, a man who has been accused of inappropriate sexual attention and assault by more than a dozen women, mocked the #MeToo movement. Then in a move eerily reminiscent of his failed Obama Birthirism scam, he promised to demand a DNA test of Senator Elizabeth Warren (or “Pocahantas” as he calls her) should she run against him in 2020. Next the self-styled “stable genius” who can’t distinguish “to” from “too” and thinks “unpresidented” is an actual word proclaimed that Representative Maxine Waters was a person with an IQ “in the mid 60s.” Then he described part time serial murderer and full time tyrant Vladimir Putin as a “fine” person.

Just another day in the life of Donald John Trump, today’s delectable morsels selected at random from a veritable floral wreath of dangerous and disgusting utterances and brought to you compliments of Trump’s Montana Nuremberg-style rally of Thursday night.

When confronted with such a plethora – slanders, acrimonious assaults, free-associated calumnies, personal pejoratives, nasty characterizations – one is staggered by the sheer enormity of it all, a positive embarrassment of riches of outrages, so much so, one is almost envious of the Hillary-hating Republican. “But her emails.” “But Benghazi.” There, we’ve finished. Such a paltry list would barely rival Trump on a good day before covfefe.

So we ask the question again posed at the top of this article: Just how insane can Donald Trump get? The answer seems to be that there are no limits. And maybe that’s the true secret “genius” that lies at the heart of the outrage that is the Trump “presidency.” Hit ‘em hard and hit ‘em furious with idiocies followed by desecrations followed by enmities. Then when a Trump supporter asks why we hate Trump so much, we simply do not know where to begin.