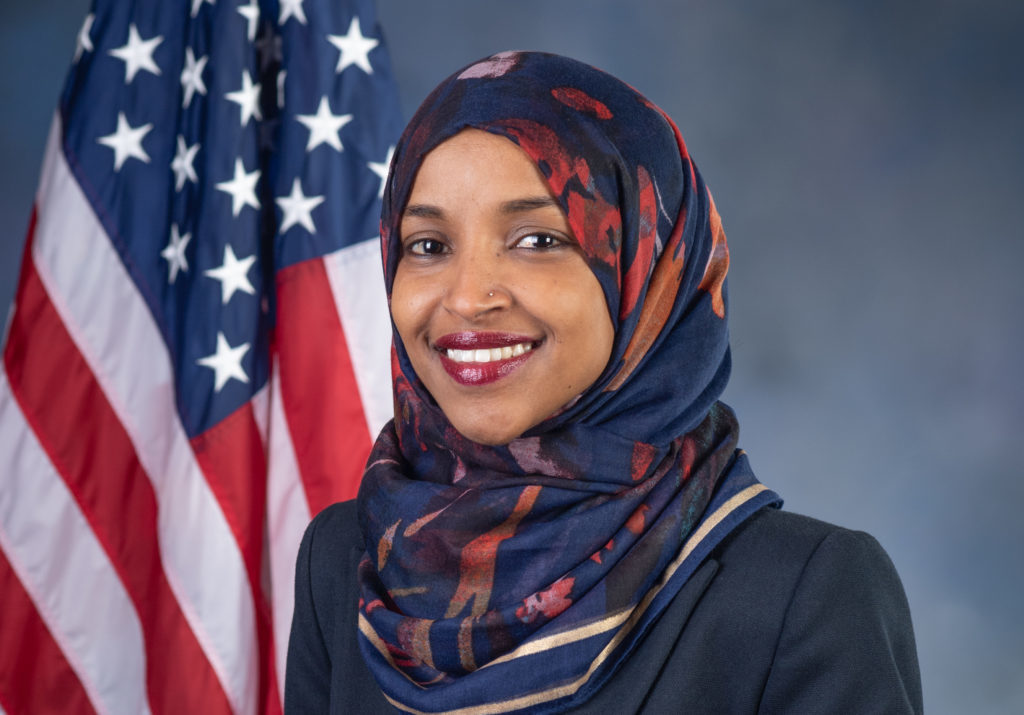 This week the Republican Party of West Virginia put a poster on display in the statehouse which falsely implied that Democratic Congresswoman Ilhan Omar was to blame for the 9/11 attacks. This was a clear cut attempt at putting Ilhan’s safety in jeopardy, and sure enough, West Virginia Democrats pushed back against it fiercely. But it appears the damage has been done.

Congresswoman Omar revealed on Twitter that someone found the words “Assassinate Ilhan Omar” written in the men’s room of a gas station. She added “No wonder why I am on the “Hitlist” of a domestic terrorist and “Assassinate Ilhan Omar” is written on my local gas stations. Look no further, the GOP’s anti-Muslim display likening me to a terrorist … in state capitols and no one is condemning them!”

Other House Democrats were quick to condemn what had transpired. Alexandria Ocasio Cortez tweeted this: “When racism becomes acceptable on a partisan basis, and official GOP groups begin to use it to demonize communities, it puts real people in danger. Ilhan, I am sorry these threats are being targeted on you. Praying for your safety.”

Not only is this a threat against the safety of an American elected official, it’s also a hate crime. The Trump-era Republican Party has entered a truly dangerous phase of extremism, racism, xenophobia, and the embrace of violence. We stand with Congresswoman Ilhan Omar.

staging.palmerreport.com
982
SHARES
Facebook ShareTwitter ShareEmail this articlePrint Article
LinkedinGoogleWhatsappPinterestRedditStumbleuponBufferTumblrPocketLine
← Donald Trump has somehow found a way to sink to a whole new lowDonald Trump has apoplectic meltdown at CPAC, gives away that he thinks it’s over for him →
23 Comments