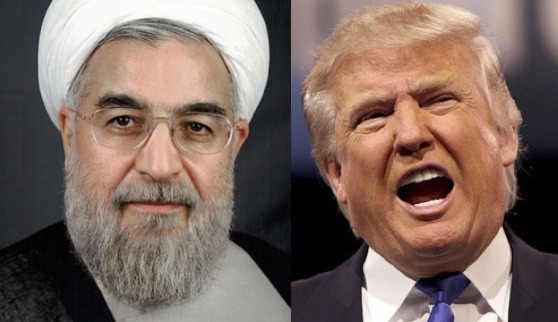 Observers are still trying to piece together what really happened when Donald Trump ordered a military strike against Iran, then ordered the military to stand down after the planes were already in the air. I think it was an intentional stunt to try to fool people into believing he might actually start a war; others think Trump really was being just that wishy washy and weak. Either way, Trump is continuing to rant about Iran – and he just gave away the entire game.

Here’s what Trump spewed out today: “Iran cannot have Nuclear Weapons! Under the terrible Obama plan, they would have been on their way to Nuclear in a short number of years, and existing verification is not acceptable. We are putting major additional Sanctions on Iran on Monday. I look forward to the day that Sanctions come off Iran, and they become a productive and prosperous nation again – The sooner the better!”

Keep in mind of course that every word Trump just said about Obama and Iran is a lie. But the upshot here is that Trump just gave away the entire script he plans to follow when it comes to Iran. He’s going to place additional sanctions on Iran (which his puppet masters in Saudi Arabia have wanted all along). Then, sometime during the 2020 general election, he’s going to randomly claim that he’s “fixed” the Iran situation, so he can falsely take credit for it – just like he’s falsely claimed that he “fixed” North Korea.

Of course this will only lead to Iran becoming far more powerful on the world stage at the expense of the United States, as the entire world will know full well what’s really going on, and Iran gains strength at the expense of Donald Trump’s weakness. And in the meantime, considering the utterly deranged bluff games that Trump is playing with the United States military, for all we know the idiot could end up starting a war with Iran by accident.

staging.palmerreport.com
775
SHARES
Facebook ShareTwitter ShareEmail this articlePrint Article
LinkedinGoogleWhatsappPinterestRedditStumbleuponBufferTumblrPocketLine
← Donald Trump’s scandals explodeMitch McConnell tips off that he’ll throw Donald Trump overboard if it’s the only way to save himself →
Leave a Comment