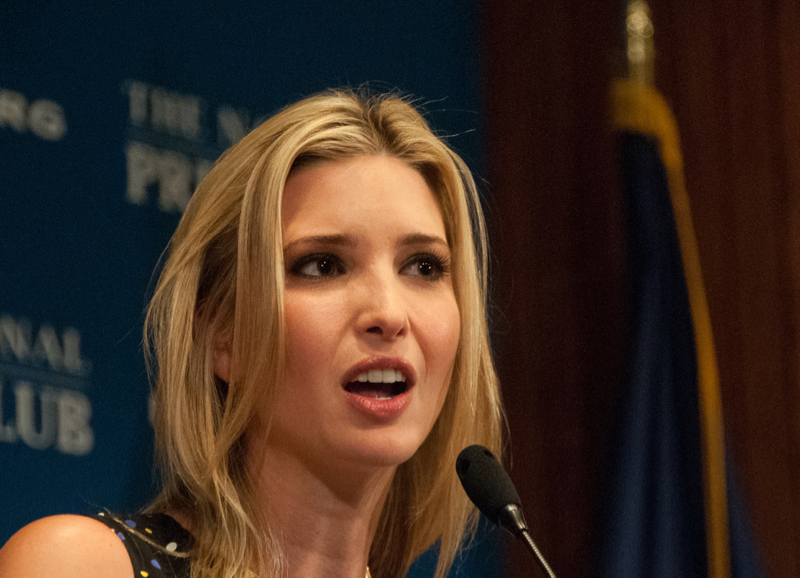 Ivanka Trump, who consistently tries cartoonishly hard to come off as stately and perfect but instead comes off as disingenuous and plastic, did something bizarre with her Twitter account last night – and we’re still not sure what to make of it. Suffice it to say that she ended up getting owned for it.

It all started when Ivanka Trump tweeted a bizarre video of herself getting giddy over the host of a television show. Someone named “Snoop Doggg” replied with an old video clip of Ivanka acting fidgety when she was a small child. For reasons known only to her, Ivanka retweeted this clip and added the hashtag “mood.”

This isn’t the kind of unguarded video that Ivanka would ever post to begin with, and we’ve never seen her dip into her replies in order to respond to some random low key trolling. We’re left to wonder if she thought the “Snoop Doggg” she replied to – who has a whopping fifty followers – was actually the real Snoop Dogg. If this was all an effort on her part to belatedly come off as a human, it didn’t work. But then the fun began.

The responses to Ivanka Trump’s “mood” tweet were about as biting as expected. Someone tweeted “You we don’t see the real you?” Someone else simply posted an image of Trump Organization CFO Allen Weisselberg, who has been given partial immunity in exchange for turning over evidence of Donald Trump’s crimes. We’re left wondering just what Ivanka is suddenly up to here. Last week she retweeted Palmer Report after we said she was headed to prison. Is Ivanka simply cracking under the pressure?