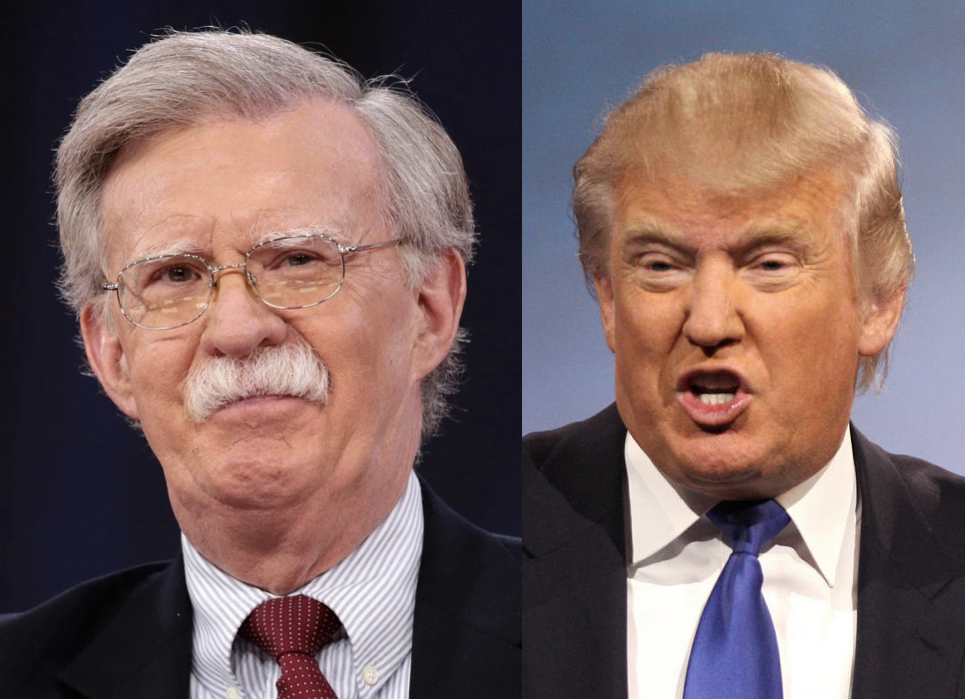 Is John Bolton blind, daft, or what? Just like his boss Donald Trump, he refuses to see what’s right in front of his face. Bolton recently appeared on This Week with Martha Raddatz, who asked him about North Korea rebuilding its long-range rocket launching capabilities. This information has been in the news all week, yet Bolton refused to acknowledge that evidence exists. Seriously, is he just dumb? We best believe something else is afoot, like Bolton trying to play down Trump’s failure in North Korea and being in cahoots with Russian benefactors.

Beyond Parallel was initiated by the Center for Strategic & International Studies. Its sole purpose is the study of actions in Korea. Beyond Parallel was created to provide “clarity and understanding to policymakers, strategists, and opinion leaders about Korean unification.” Putting it simply, all they do is study Korea, and they are, therefore, very well-versed on activities in both North and South Korea. Just this past Tuesday, Beyond Parallel published photos indicating that the Sohae facility is rapidly being rebuilt. Given that this organization’s very existence is based on observing Korea, wouldn’t you assume that they know what they’re talking about? Apparently, not if you’re John Bolton.

Bolton wouldn’t even comment directly on photographs he was presented, responding instead, “We’ve seen a lot in North Korea. We watch it constantly. There’s a lot of activity all the time in North Korea, but I’m not going to speculate on what that particular commercial satellite picture shows.” Photos and satellite are what they are; they’re showing what they “see.” If a leader refuses to see what’s before his eyes, I’m hard pressed to figure out why unless some ulterior motivation is at play.

John Bolton unquestionably has ties to Russia. Elijah Cummings and Stephen Lynch requested records regarding Bolton in August 2018 about Bolton’s connections to the group The Right to Bear Arms, a Russian pro-gun outfit. Because of that connection, Cummings and Lynch voiced concern over Bolton’s security clearance and the Trump administration’s vetting process (or lack thereof). Considering all of the security clearance problems in the Trump administration to date, Cummings and Lynch were right to be concerned. This is before getting to Bolton’s connections to Cambridge Analytica and Russian spy Maria Butina.

Now that the House Democrats are in power, we should see more activity surrounding John Bolton in the coming months. Considering Bolton’s denials of what has been captured in (non-commercial) satellite photographs and his continued attempts to cover for Trump, that may well happen sooner rather than later. Organizations like Beyond Parallel and our intelligence community have kept our nation safe for many years. Only this Administration questions them. This is the most corrupt administration in U.S. history – and we don’t yet know how far that corruption runs.