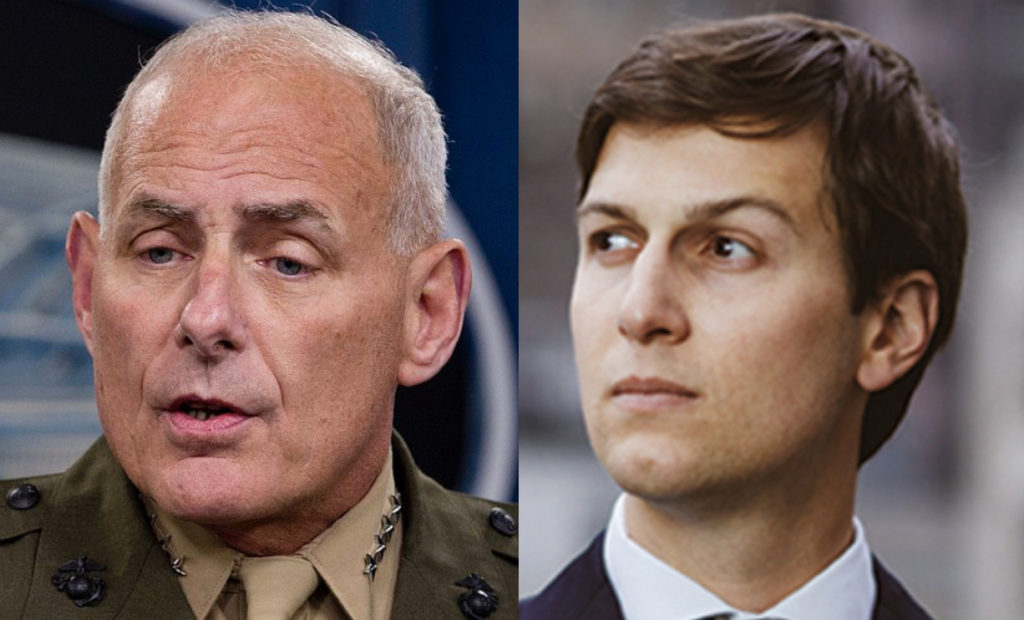 Today we all learned what we’ve all long suspected: Donald Trump personally ordered that Jared Kushner be given top security clearance, even after White House officials determined that Kushner was a security risk. The fascinating part is that former White House Chief of Staff John Kelly is the one who sold out Trump and Kushner on this. Here’s why that matters.

When Donald Trump gave the order about Jared Kushner’s security clearance, then-White House Counsel Don McGahn wrote a memo aimed at legally distancing himself from the decision, according to today’s New York Times bombshell. This comes as no surprise, as it’s long been widely reported that McGahn has been selling Trump out to Robert Mueller for some time. But the Times says John Kelly also wrote a memo about the incident, at the same time, and for the same reason.

So how did John Kelly’s memo end up in the hands of the New York Times today? We don’t know that part yet. But Kelly clearly gave his memo to someone. It’s impossible to imagine a situation in which Kelly is giving his memo to the media, but hasn’t already given it to prosecutors. So it’s a given that Robert Mueller and the SDNY already have this memo. What’s fascinating here is the timing of its release.

Jared Kushner just met forty-eight hours ago with Saudi Arabian Crown Prince and brutal murderer Mohammad bin Salman. The two appear to have a corrupt financial relationship that strikes at the heart of why Kushner is a security risk. Now suddenly John Kelly’s memo is being fed to the media, in a way that puts the focus on Kushner’s questionable loyalty to the United States. That’s likely not a coincidence.