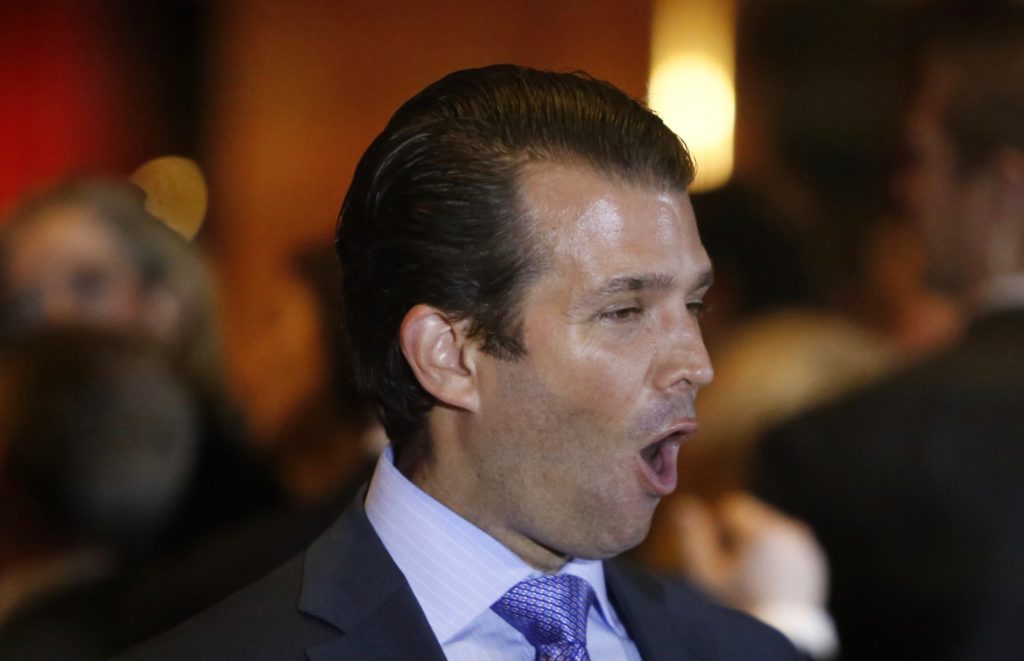 The closer we get to Donald Trump Jr being criminally indicted and arrested on charges ranging from perjury to financial crimes to conspiracy against the United States, the more delusional he becomes on his infamous Twitter account. Now Junior has reached a new level of delusion that’s deranged even by his tinfoil hat standards.

Donald Trump Jr is “being groomed” to run for President of the United States in the year 2024, according to a new article from major British tabloid The Sun, which just happens to be run by Fox News boss and Trump ally Rupert Murdoch. Obviously, this laughable article has been slapped together by Team Trump to try to help Junior keep up his delusions about somehow surviving his worsening criminal scandals.

The reality of course is that Donald Trump Jr will be in prison by 2024. Even if Donald Trump were to succeed in pardoning his son on federal charges, we saw this week that New York is bringing state level criminal charges against Trump’s henchmen. So yeah, Junior would be talking about running for president from his prison cell.

For reference, Eugene Debs ran for president in the 1920 election, and he received 3.4% of the vote despite the fact that he was in prison at the time. He didn’t come close to winning, but he set a legal precedent that you can run for president from a prison cell. So maybe Donald Trump Jr is onto something here. Perhaps his cellmate can end up being his running mate.