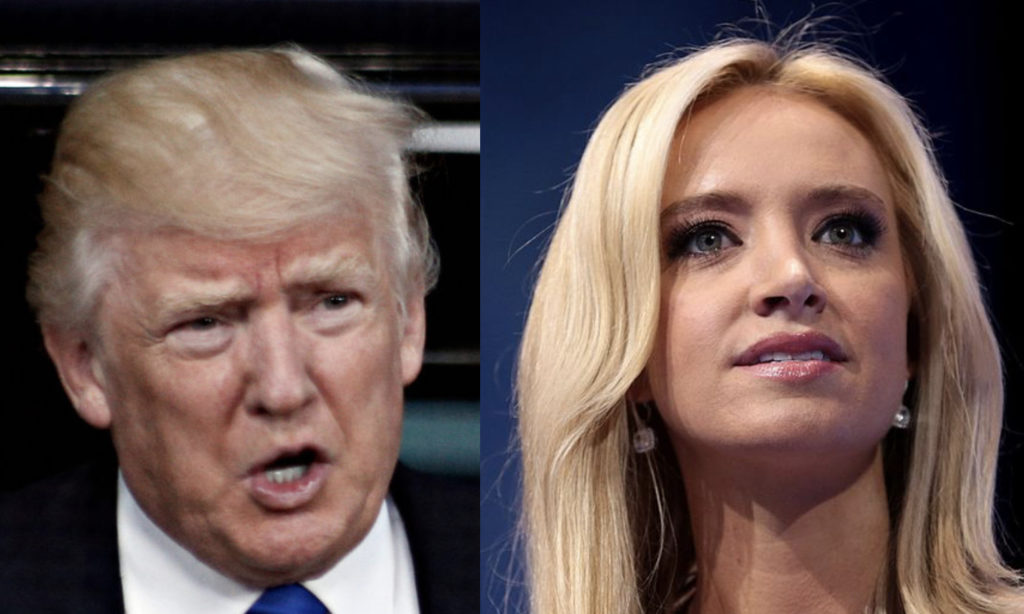 Donald Trump is too much of an insecure narcissistic coward to wear a mask while out in public. He’s also apparently too much of a coward to directly attack Joe Biden for wearing a mask while out in public. Instead Trump has merely been retweeting Fox News thugs who have tried to make fun of Biden’s mask. Now Trump is having his White House Press Secretary go after Biden over it.

For starters, Trump’s own CDC say that people should wear a mask while out in public, but not in their own homes. As for Joe and Dr. Jill Biden, they’ve been quarantined together for weeks, so there’s no reason for them to wear a mask around each other when it’s just the two of them. They clearly wore masks yesterday to protect other people, in case they accidentally got too close to them.

Kayleigh McEnany is completely humiliating herself with this nonsense. Even the dumbest of Donald Trump’s idiot supporters aren’t going to buy the notion that Joe Biden is supposed to wear a mask in his basement. If this is the best that Trump and McEnany can come up with, this is going to be a losing issue for them. It merely puts more attention on Trump’s selfish unwillingness to wear a mask, which is becoming more of a scandal for him by the day.

staging.palmerreport.com
1873
SHARES
Facebook ShareTwitter ShareEmail this articlePrint Article
LinkedinGoogleWhatsappPinterestRedditStumbleuponBufferTumblrPocketLine
← Why we must win decisivelyWe told you Donald Trump’s DOJ was singling out Richard Burr to get him out of the way →
Leave a Comment