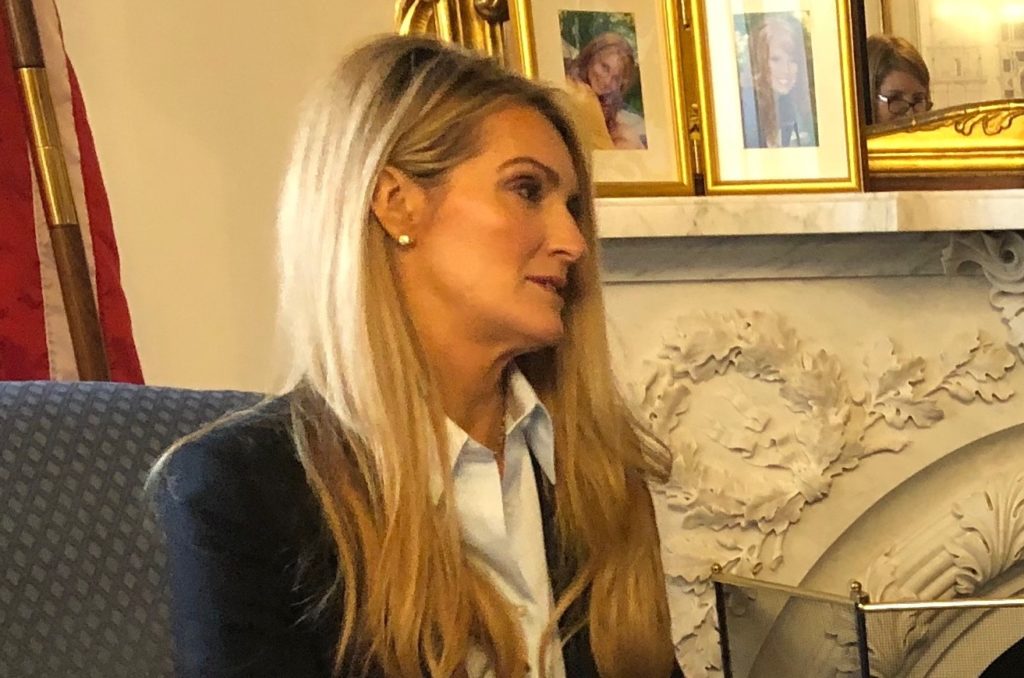 Bill Barr’s Department of Justice appears to be singling out Republican Senator Richard Burr in the coronavirus insider trading scandal, in a now-successful attempt at forcing Burr to give up his position as Chair of the Senate Intelligence Committee. There is no indication that the DOJ is seriously investigating Republican Senator Kelly Loeffler, who was also a part of the scandal. But now the Trump regime is throwing Loeffler under the bus in a different way.

Kelly Loeffler has seen her poll numbers crater since the scandal, to the point that she’s now as much as forty points behind her Republican primary challenger, Doug Collins. Earlier this week it was reported that Loeffler’s husband donated a million dollars to a Trump-related Super PAC, in a rather blatant attempt at currying Trump’s favor. But while that may be enough to keep the Trump DOJ from arresting the Loefflers, it hasn’t bought them Trump’s support in the election.

The Trump regime just leaked to the New York Times that it’s “worried” about Kelly Loeffler’s reelection prospects, and that it plans to do nothing to help her. The only reason to leak something like this is to send a signal to the rest of the GOP to cut Loeffler adrift, and let Collins have the Republican nomination for the Senate seat.

So why is Donald Trump doing this? His own 2020 poll numbers are essentially tied with Joe Biden in Georgia, which is a terrible position for a Republican president to be in. Kelly Loeffler is in such bad shape that even if she manages to claw her way back and take the nomination from Collins, she’ll still be a weak candidate in the general election, which could help drag Trump’s Georgia numbers down even further. So Trump is selfishly trying to drive Loeffler out of the race. We’ll see if he goes so far as to indict her in order to pressure her to drop out.

staging.palmerreport.com
1394
SHARES
Facebook ShareTwitter ShareEmail this articlePrint Article
LinkedinGoogleWhatsappPinterestRedditStumbleuponBufferTumblrPocketLine
← Kamala Harris has had enough of this crapTrump is going to make it even worse →
Leave a Comment