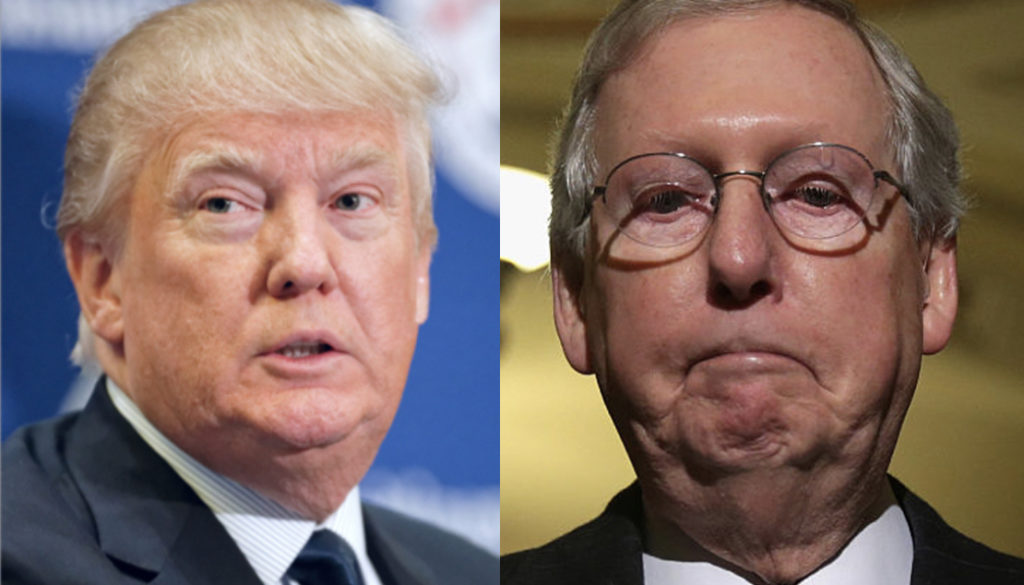 This evening the New York Times, Wall Street Journal, and Washington Post are all reporting that Senate Majority Leader Mitch McConnell has privately admitted to the Republican Senate that he doesn’t have the votes to stop witnesses from testifying in Donald Trump’s impeachment trial. This is notable, because McConnell’s strategy is generally to leak or announce that he has the votes whether he does or not, and then hope it becomes a self fulfilling prophecy. So what’s going on here?

It’s one thing for Mitch McConnell to admit in private to his own caucus that he’s losing. It’s another thing for this to become public. The question is who leaked it to the media. If McConnell is the one who leaked his own words, then this could be McConnell’s way of informing Donald Trump that if any minds are going to be changed within the Senate Republican caucus, Trump is going to have to be the one to change those minds, because McConnell can’t make it happen.

There is also the possibility that this was leaked by one or more of the Republican Senators who are planning to vote in favor of witnesses, because they’re looking for strength in numbers. By letting it be known that witnesses are going to happen, it opens the door for even more Republican Senators to safely get on board with the idea. But this logic runs out of gas once you realize that everyone in the GOP caucus already knows there are the votes for witnesses, because McConnell just privately told them all.

This brings us back to Mitch McConnell having to be the one who leaked his own words. He appears to be throwing up his hands and signaling that this is no longer his problem or his fight. Of course McConnell is never to be taken at his word, so there could certainly be more going on behind the scenes. But it’s almost stunning to see McConnell admit he doesn’t have the votes for something, when his strategy is always to claim he has the votes whether he does or not. Something is afoot, and it’s not good news for Trump.