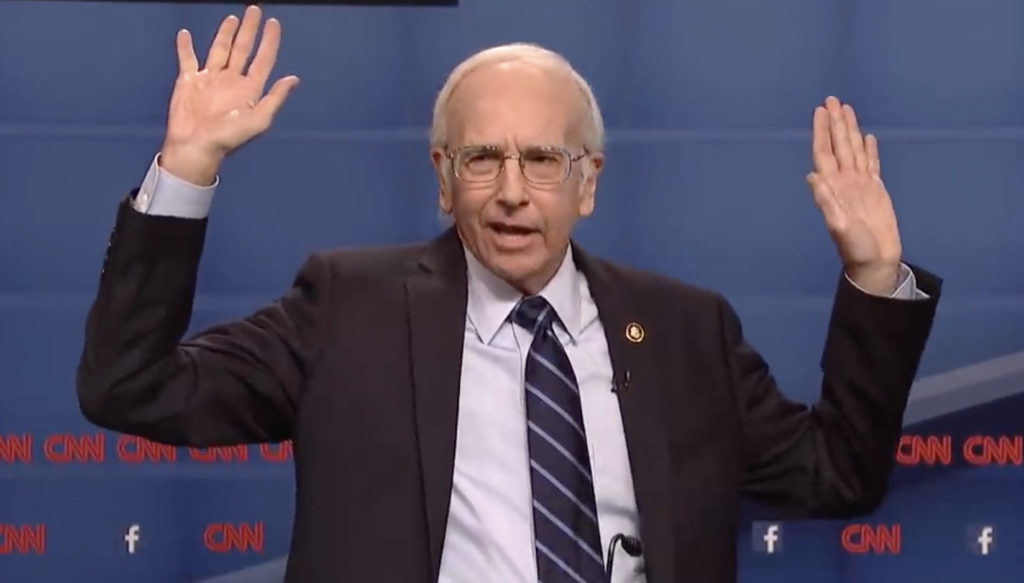 Joe Biden won the 2020 Democratic primary race a long time ago in a blowout. Yet Bernie Sanders is insisting on remaining in a race that he’s already lost, pretending he still has a chance of winning when he doesn’t, and keeping the left divided against itself. Now Sanders is facing pressure to do the right thing by a familiar face that should be particularly familiar to him.

Larry David, who has been famously portraying Bernie Sanders on Saturday Night Live for the past several years, is now telling the New York Times that Bernie Sanders should drop out of the race: “I feel he should drop out … Because he’s too far behind. He can’t get the nomination. And I think, you know, it’s no time to fool around here. Everybody’s got to support Biden.”

Will Bernie Sanders finally drop out, now that even his SNL doppelganger is publicly putting pressure on him? Sanders has a history of making a mess of these things, unable to accept that the majority of voters chose someone else, and unwilling to do the right thing until it’s too little too late. Sanders is also surrounded by some of the worst advisers in modern political history, who have been steering him toward self destructive decisions at every turn in 2020. But perhaps Bernie will finally listen to Larry David if no one else.