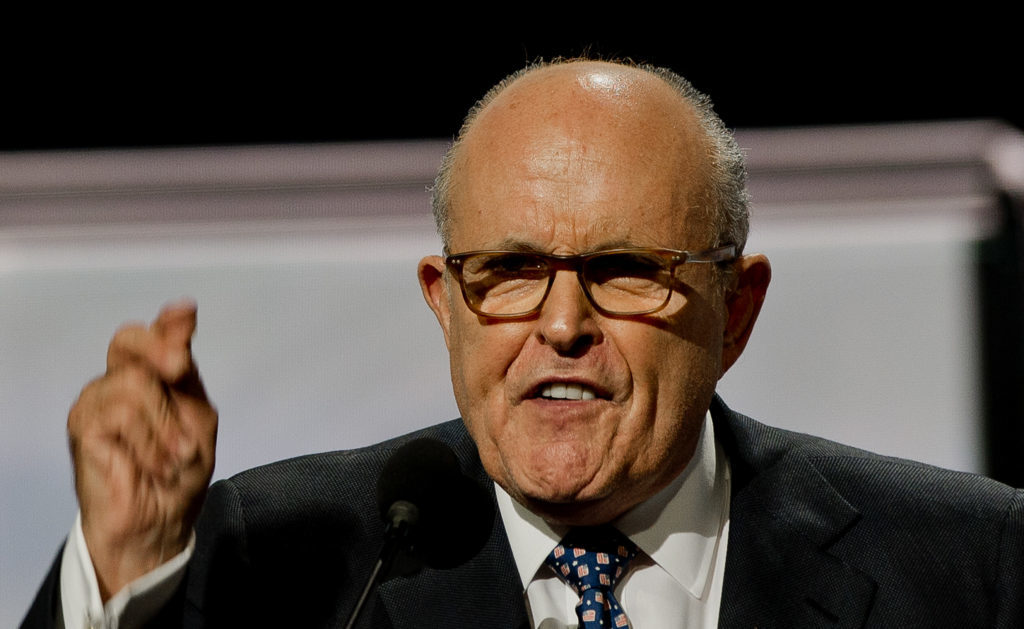 As Rudy Giuliani’s life of crime flashes before him and he prepares himself to be arrested by the SDNY, he’s declared that he no longer needs a lawyer to represent him. But the details leaking out about Rudy’s criminal scheming are now leaking out more quickly than ever, and this latest one is messed up even by his deranged standards.

Rudy Giuliani tried to have Donald Trump scoop up a guy in Pennsylvania and ship him overseas to Turkey, according to a report tonight from the Washington Post. If this storyline sounds familiar, it’s because two years ago it was reported that Michael Flynn basically tried to do the same thing. It turns out, after Flynn got fired for being a foreign asset and ended up pleading guilty to a felony, Rudy stepped in and tried the same crap.

What stands out here is that Rudy Giuliani must have been on the payroll of the Turkish government, or he wouldn’t have been pushing such a maniacal and risky plot – particularly after Flynn had just gotten caught trying the same thing. This comes just hours after the SDNY brought criminal charges against a Turkish bank for a multimillion dollar money laundering scheme that was spearheaded by Rudy’s former legal client Reza Zarrab, and one day after a report that the SDNY has already sifted through Rudy’s bank records.

The bottom line: if Rudy Giuliani is indeed on the payroll of the Turkish government, or of a company affiliated with the Erdogan regime, the SDNY already has him nailed for it. Notably, this new leak about Rudy trying to have a guy extradited is sourced to “multiple former administration officials” – which means Donald Trump’s former people are joining the SDNY in trying to take Rudy down for his crimes.