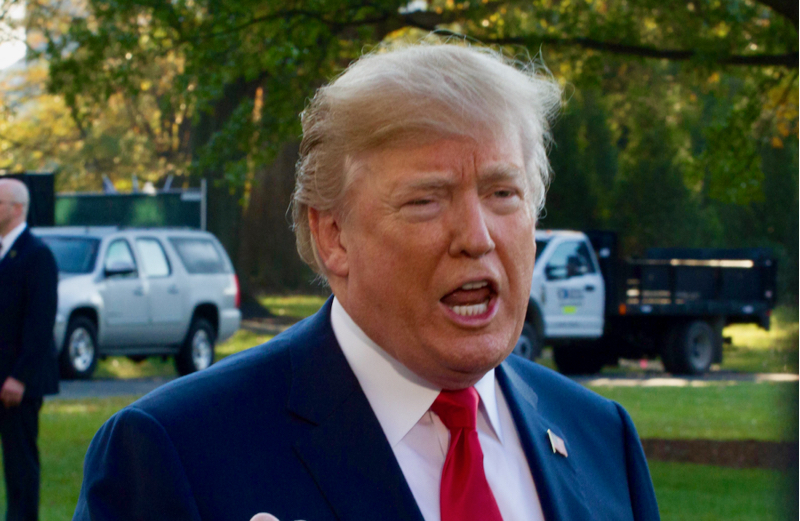 Donald Trump and his allies have spent weeks accusing House Democrats of doing something shady by holding closed-door witness depositions as part of the impeachment inquiry, even though it’s standard practice to keep witnesses from knowing what other witnesses have already said. Now that the hearings are set to begin taking place on live national television in just five days, Trump is singing a different tune.

Donald Trump had a complete meltdown on the White House lawn today, as he took questions from reporters and then proceeded to give increasingly histrionic answers. At one point Trump asserted that “they shouldn’t be having public hearings” because his impeachment is a “hoax.” What, so now Trump wants the hearings to go back to being behind closed doors?

Trump’s White House lawn meltdown went on for nearly half an hour. At one point reporter Brian Karem asked him a question, and Trump told him to be quiet. Trump is just that rattled about what’s happening to him right now.

Reality show host Donald Trump understands the power of television better than anyone, and he’s panicked that the world is about to hear all about his crimes. So it’s not surprising that he’s melting down more severely than ever right now. The testimony transcript from Fiona Hill was released today, and it’s devastating to Trump, but most of the public won’t take the time to read any portion of it. However, when Fiona Hill soon gives that same testimony on television, everyone will tune in.

staging.palmerreport.com
1290
SHARES
Facebook ShareTwitter ShareEmail this articlePrint Article
LinkedinGoogleWhatsappPinterestRedditStumbleuponBufferTumblrPocketLine
← If this is all they’ve got, they might as well pack up and go homeHouse Republicans sink to a whole new low as Donald Trump circles the drain →
Leave a Comment