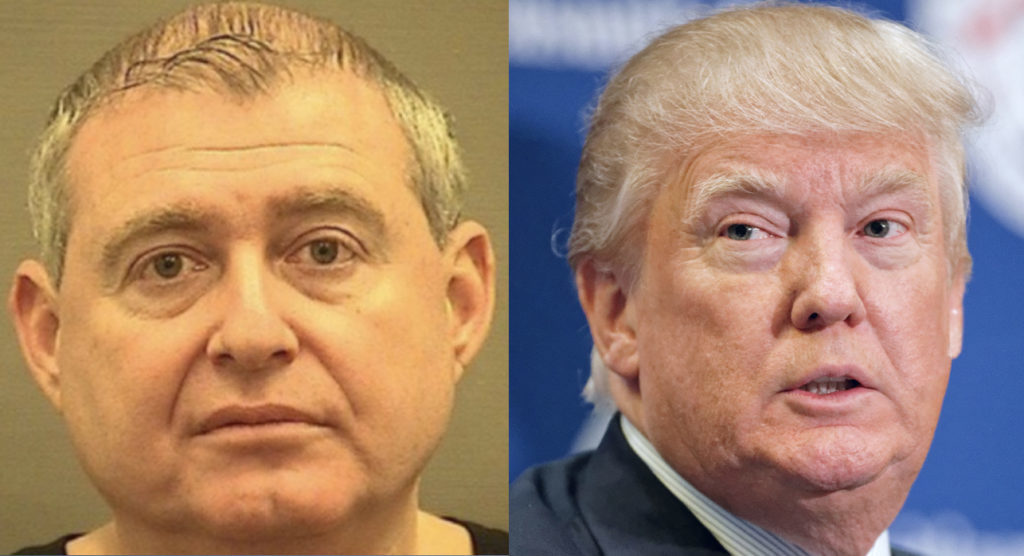 Donald Trump typically tries to distance himself from his wrongdoing friends by claiming not to know them. That claim has become a running (bad) joke with Trump. In the case of Lev Parnas and Igor Fruman, CNN has uncovered at least 10 instances of their interactions with Trump, even as Trump claims he doesn’t know them. “Maybe they were clients of Rudy. You’d have to ask Rudy.” As usual, Trump is skirting the truth, and at least with respect to Parnas, that is turning out to be a bad idea.

Both Parnas and Fruman were charged with providing Republican politicians with money from foreign nationals, which they used to attempt to buy influence. They were also allegedly in cahoots with Rudy Giuliani in his attempts to assist Trump in extorting Ukraine. Parnas has already admitted to communicating to incoming Ukrainian leadership that in exchange for the promised military aid, they had to announce an investigation into the Bidens. For someone whom Trump “doesn’t know,” Parnas certainly seems to be in the know himself.

Questions have been raised about Parnas’ VIP attendance at inaugural events, while Fruman is in photographs with Trump immediately before a 2016 event, even though he apparently donated nothing to Trump’s campaign. Now, we know Trump well enough to know that if this guy didn’t contribute, there is no way he was going to be included in any election events. Yet, he was. As CNN reports, these two men shared a “far more casual and familiar relationship” than Trump admits. Showing just how far back and significant these relationships appear, CNN posted a timeline of sightings of the men with Trump.

Parnas was seen with Trump on March 7, 2014 at Doral, which also included Kushner, Ivanka, Trump, Jr. and Eric. On October 23, 2015, Parnas was spotted with Donald Trump at a campaign rally, again at Doral. Parnas and his son had passes for the event. Parnas once again traveled to Florida for a fundraiser in October 2016 and was front and center at Trump’s pre-inauguration gala on January 19, 2017. He once again joined Trump for his “America First Action” dinner at Trump International in DC on April 30, 2018 and a second “America First” event from June 18-19,2018, where they were joined by Fruman.

Fruman first appeared at a Trump event in Orlando on December 16, 2016 for Trump’s “Thank You Tour Rally.” He was joined by Trump, campaign workers, and VIPs. Fruman also joined Trump at Mar-a-Lago on March 3, 2018 where he was rewarded for his $2,700 donation by inclusion in a donor meeting. From that point on, it appears that Fruman and Parnas attended Trump events together, including a Midterm rally in Elko, Nevada on October 20, 2018, and a Hanukkah party at the White House.

Looking at the events these two attended—many of them private—there is no way Trump didn’t know these men. In response to Trump’s denial of knowing him, Parnas is now ready to talk to Congress. Lying never works well, especially when those lies contradict your partner in crime. Parnas obviously isn’t happy to be denied.