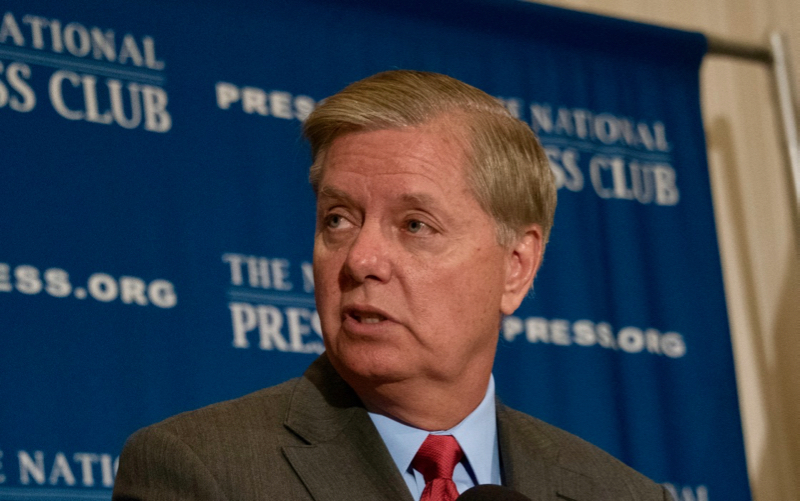 If we’ve learned anything over the last three years, it’s that Lindsey Graham is one of the least mentally stable senators left in Congress – and has a realistic shot of being re-elected next year. It’s not enough that he went from being one of the loudest voices of the #NeverTrump movement to one of Trump’s most shameless bootlickers – now it’s nearly impossible to figure out where he stands at any given moment of the day. At several points, it seemed that he had enough of Donald Trump yet again and spoke out – during his horrific betrayal of the Kurds, only to be suddenly appeased again a day later.

Now, it seems like he can’t even tell where he stands at any given moment of the day – deciding to use the gloriously idiotic defense that Donald Trump is too incoherent to successfully pull off a “quid pro quo” with Ukraine, and therefore what he’s being accused of couldn’t possibly have happened.

“What I can tell you about the Trump policy toward the Ukraine, it was incoherent,” Graham said. “It depends on who you talk to, they seem to be incapable of forming a quid pro quo.” This is of course laughable nonsense because even if there wasn’t a quid pro quo, Graham is still admitting that a crime was committed. He’s at the point now where he’s mostly out of gas and hoping that if he muddies the water enough, the public outrage will die down, even though there’s not much hope that it will as the impeachment inquiry officially kicks off.

The other trouble is that this defense of Donald Trump has been used by The Wall Street Journal, only for Trump to open his mouth and make things worse by saying if he wanted to pull off a quid pro quo with Ukraine, he’d do it. That admission alone should be enough to impeach him and end this insanity. We’ll see if he decides to keep his mouth shut or if he plans on humiliating Graham publicly yet again.