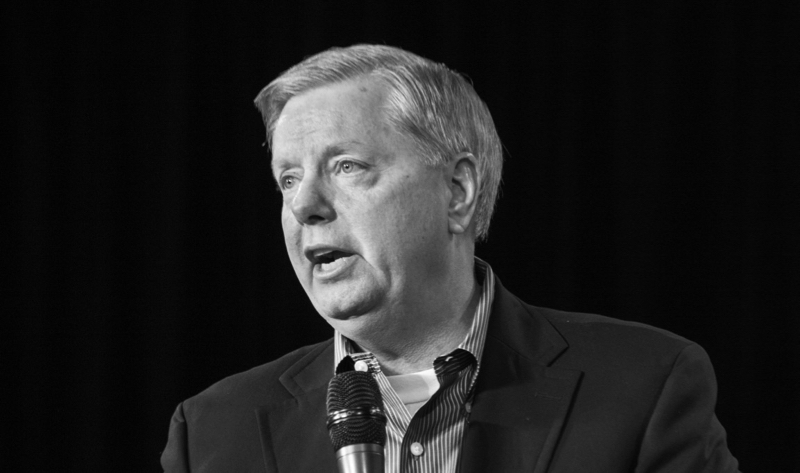 There are no two ways about it: Lindsey Graham has lost his raggedy mind. Does anyone even get what he’s babbling about? As reported by multiple news outlets, the House unanimously passed a resolution requesting that the Mueller report be made public. That means not one single “no” vote. An argument could be made that all Republicans have lost their minds, but Lindsey Graham’s reasoning behind blocking this resolution gives him the prize for the day.

Graham stood on the Senate floor, and with all seriousness, said that before he could approve the Mueller report becoming public, he wants a Special Counsel appointed to investigate Hillary Clinton’s emails and the Department of Justice and the FBI’s handling of that issue. Hillary Clinton isn’t president, and that issue is so dead it has putrefied. Indeed, many believe that this probe — especially its reopening in late October 2016, mere days before the election — cost her the election. Why Lindsey Graham believes that reinvestigating a more than two-year-old, closed matter is relevant to the issues surrounding Mueller’s probe is puzzling.

In his book The Threat, Andrew McCabe painstakingly outlines how the investigation was undertaken. It involved hours of sifting through thousands of emails and data experts rebuilding deleted emails so that the FBI could determine whether any of the deleted emails contained classified information. In relation to wrapping up the investigation, McCabe shares that “umpteen investigation efforts had rendered zero prosecutable results.”

As part of its detailed probe, the FBI had the Justice Department deliver “more than a half century of records” to review prosecutions involving mishandled classified information, and what they found “showed how weak this case was compared to cases that were actually prosecuted.” He further stated: “No prosecutor would seek a charge based on the evidence we had … we looked at every single case that had ever been charged.” Take what Andrew McCabe says about “the evidence we had,” and look at the evidence Mueller has compiled that points to Trump. There is no comparison here.

Lindsey Graham is merely grandstanding and doing what he does best: licking Trump’s boots, giving credence to the belief that he, too, is in bed with Russia. No other reasons exist for him to make such overwhelmingly ludicrous statements. Graham is playing partisan politics, which is all the Republicans seem to do these days. Republicans have never been on the people’s side; determining when precisely they went completely over the rails is difficult, but we can’t simply blame it all on Trump. This has been brewing for some time, and Trump is merely the match that lit their candle. Because he is so grossly unpresidential, unprofessional, and any other “un” you can think of, the Republicans have been given permission to come out of hiding, just like all the people who think it’s now okay to show their hate and racism. Our “president” is an enabler; it’s unfortunate that he cannot enable for good.