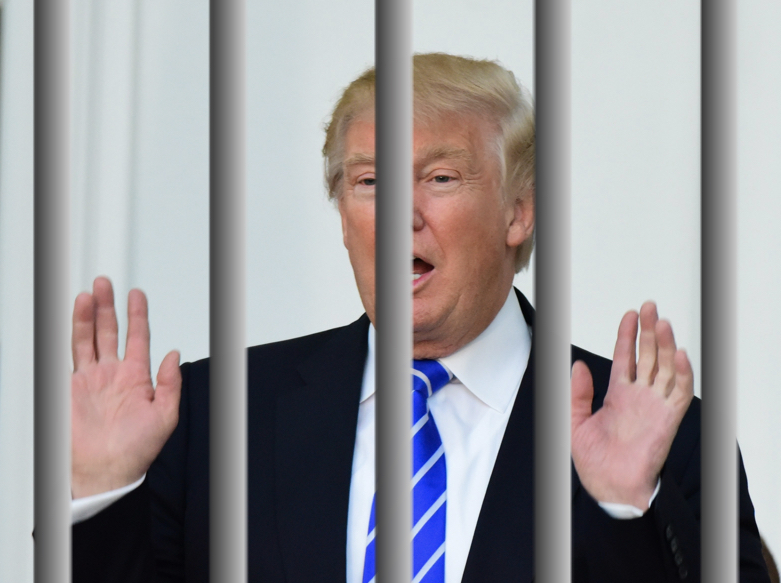 If Donald Trump believed in a god whose initials weren’t “DT,” and if Donald Trump were smart, he would have been down on both knees thanking that god for the year 2020. At the start of the year Trump’s chance of winning another four year term as president of the United States was pretty much a coin toss. Thanks to coronavirus and the murder of George Floyd it could have been a virtual certainty. Donald Trump was handed — by fate, by providence, by random chaos, whatever you want to call it — two golden opportunities to redeem himself. Because Donald Trump is a complete fool he blew those chances.

Coronavirus was Trump’s chance to act “as if.” He could have pretended “as if” he was compassionate, “as if” he was capable of setting partisan politics aside, “as if” he valued the lives of each and every American citizen irrespective of political affiliation. Not only would he have surprised everyone, he wouldn’t have lost a single member of his base. Every single one of them would be crowing about how wrong we on the left all were, how Trump really was a statesman who could be counted on to do the right thing when the chips were down. It was a no-lose, win-win situation. It begged to be adopted as a strategy.

Instead Trump proved just exactly how stupid he really is. He turned COVID-19 into a purely political disease and advanced idiotic conspiracy theories to account for its origins and promoted crackpot cures to cater to his baffling addiction to magical solutions. He ignored the scientists and crowed about his ratings while Americans died by the tens of thousands. Instead of listening to people who warned him about the seriousness of the disease he fired them instead. Trump couldn’t have handled the pandemic worse if he’d set out to deliberately do so.

Trump also could have used the murder of George Floyd as a rallying cry for reform. Even the most rabid members of his racist base wouldn’t have begrudged him the obvious need for being harsh with cops who killed a man who was lying on the ground handcuffed. Instead Trump issued a limp-wristed executive order to eliminate choke holds — except when officers deemed it necessary when they were in fear of their lives. In other words, they can use choke holds anytime they want and everything remains business as usual.

Trump could have used George Floyd’s murder to establish bonds of solidarity with every American who was outraged by it. He could have reached out to the relatives of Floyd and listened to their pain. He may even have, by preemptive strike, avoided much of the looting and protests with a few strategically placed proactive measures.

Instead he bungled it. He even suggested that the number of cops who are bad cops is so tiny as to suggest the problem is nearly inconsequential. What Trump fails to explain is, if the number of bad cops is so small, how did four of them happen to find themselves on duty in the same place at the same time when George Floyd was murdered? Isn’t that a little like four serial murderers moving into the same neighbourhood at the same time by random chance? That kind of unanimity suggests the problem is a big one, so big that racism really is systemic in American law enforcement.

Trump could have been riding high on an unprecedented ocean of popularity right about now. Given how readily people on the Left are prepared to promote just about any Republicans to sainthood, like John McCain and Mitt Romney, it wouldn’t surprise me if this child-rapist would have picked up quite a few million votes from the left as well as the undecided fence-sitting uncommitted.

Instead, Trump has managed to alienate people who used to be in his camp, including the likes of numerous members of the top military brass. Even right wing wacko and British commentator Piers Morgan has turned against him. I’ve often said that Trump has no talents whatsoever. But I suppose he has one talent, if you regard the ability to alienate people who might have sided with him had he simply kept his stupid mouth shut a talent.

When Donald Trump loses in November he will have only himself to blame. Let’s help him reach his goal and vote him out. And, as ever, ladies and gentlemen, brothers and sisters, comrades and friends, stay safe.