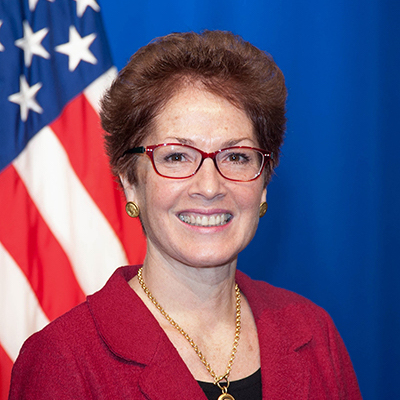 U.S. Ambassador Marie Yovanovitch was so incorruptible, Donald Trump fired her and threatened her safety just to get her out of the way so that his goons could carry out their crime spree in Ukraine. Yovanovitch ended up testifying against Trump during the House impeachment proceedings, and gained a lot of respect in the process.

They say that success is the best revenge, and Marie Yovanovitch is about to get precisely that. She’s signed a book deal, according to CNN, which will focus on her career as a U.S. diplomat. The kicker is that while Yovanovitch was long regarded with a great deal of respect within the diplomatic community, no one outside of it had ever heard of her. Now she’s getting the kind of lucrative book deal that you can only really land if you’re already well known. Trump just unwittingly made her rich.

Of course we doubt Yovanovitch is doing any of this for the money. She’d surely rather still be with the State Department, doing the thankless work of an international diplomat. But at least she’s landed on her feet, meaning Trump’s attempts at destroying her have not been successful.

It’s worth noting that Marie Yovanovitch was able to pull off this book even while dutifully giving her impeachment testimony. She didn’t try to stall from testifying until her book was ready, like John Bolton did. If there’s any justice, Yovanovitch’s book will end up far outselling Bolton’s book. She deserves the success, and he doesn’t.