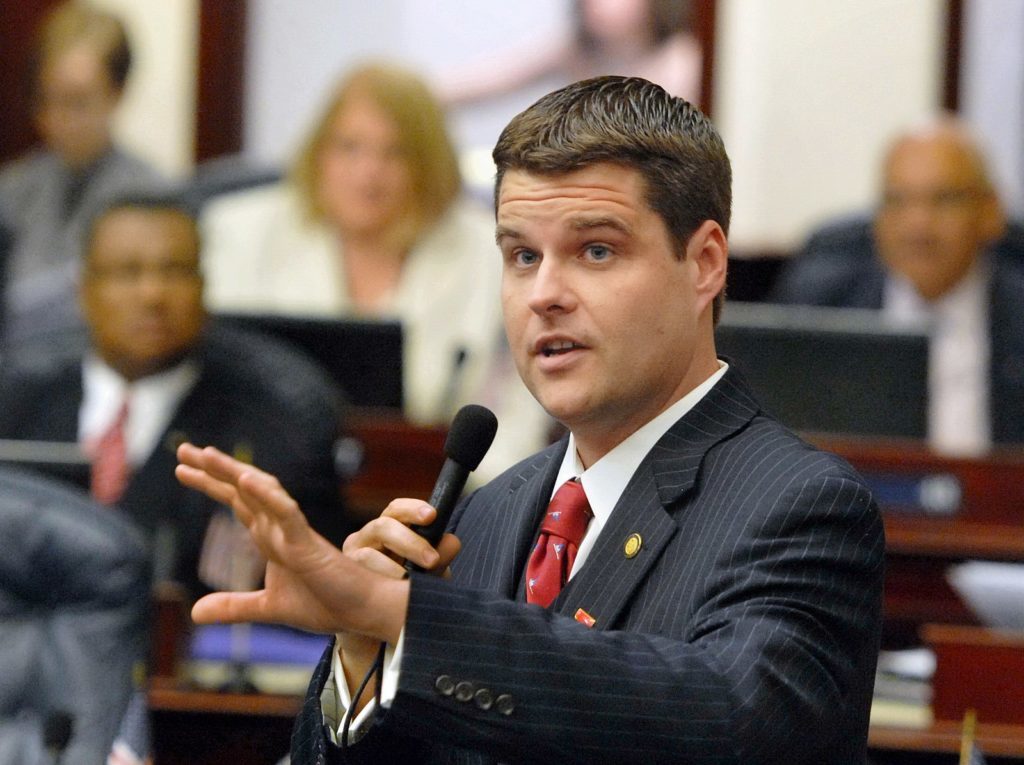 Republican Congressman Matt Gaetz is in a lot of trouble. Overheard last night by Edward-Isaac Dovere of the Atlantic, Gaetz was on the phone saying to Trump, “I was happy to do it for you. You just keep killing it.” Trump apparently called Gaetz from Hanoi to find out how the Michael Cohen testimony went.

Let’s break this down here. The knee jerk reaction is to take this as proof-positive that Matt Gaetz tweeted the threat to Michael Cohen per Donald Trump’s request. It absolutely follows logically, because this is utterly believable given the two characters involved.

But Gaetz is a huge fanboy of Roger Stone, who apparently could not refrain yesterday from texting a response to the media: “Mr. Cohen’s statement is not true.” This appears to be a direct violation of the gag order that Judge Amy Berman Jackson just imposed on Stone. It would not be above Roger Stone to use Gaetz to do his dirty work, thus sneaking around Judge Jackson’s ruling. Stone certainly could have told Gaetz what to tweet. Gaetz was also seen attending the Cohen testimony, even though he’s not on the committee. He could have attended at the request of Trump.

No matter what the story there is, Gaetz is now in a world of hurt, not only from the public censure that Nancy Pelosi has put upon him via on Twitter (and probably other more formal means we haven’t seen yet), but through various investigations being requested by Democrats. Gaetz also claims that he called Michael Cohen to apologize. Direct contact is another huge no-no when you are accused of witness intimidation.

We don’t know what’s going to happen to Matt Gaetz. He deserves to serve some jail time given the brazenness of his threat. But I think given everything that will soon be coming out on Trump, Gaetz’s ship will sink quickly without a whole lot of effort. He has stupidly lashed himself to the Trumptanic. Oh, and Gaetz’s deleted tweet has the Florida Bar investigating him for violating its rules for professionalism. Not enough lifeboats there either.