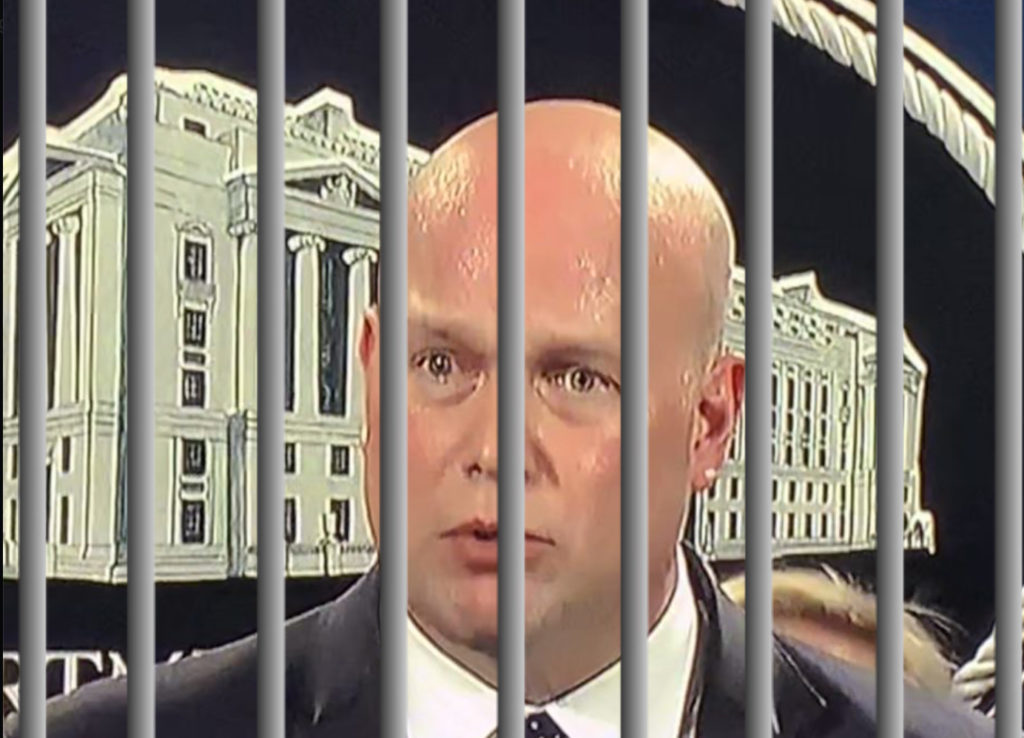 Last night Palmer Report pointed out how odd it was that, several days after House Judiciary Committee Chairman Jerry Nadler publicly informed former Acting Attorney General Matt Whitaker that he’d been nailed for perjury, neither side had made any subsequent statements about the matter. Now we have a much better understanding of why.

Matt Whitaker testified under oath that he had never discussed with Donald Trump any aspect of the criminal investigations into Trump. In his public letter, Nadler said he had evidence that Whitaker did have conversations about this with Trump, but he didn’t go into detail. Now the New York Times has exposed what those conversations were about, and let’s just say that Whitaker can expect to find himself in handcuffs rather soon.

It turns out Donald Trump asked Matt Whitaker to put Geoffrey Berman, the already-recused U.S. Attorney for the SDNY, in charge of the investigation into Michael Cohen. Whitaker declined, according to the Times, because such a move was obviously not possible. If this reporting is correct, it means Whitaker declined to commit criminal obstruction of justice, at least in this one instance. But it also means Whitaker committed serious perjury.

Up to now, the question has been whether Matt Whitaker had simply discussed the investigation in passing with Donald Trump and then lied about it under oath, or whether Whitaker was lying about having had substantive conversations with Trump about sabotaging the investigation. Now we know it’s the latter.

Matt Whitaker will try to argue that this wasn’t technically a conversation about the Mueller investigation, but that won’t fly. It was an obstruction of justice conversation about sabotaging a criminal case that Robert Mueller referred to SDNY. Whitaker is going down for perjury, and he’s going to prison, unless he cuts a cooperation deal with everyone involved and flips on Trump. Come to think of it, Nadler’s silence suggests that perhaps Whitaker already has. In any case, this NYT expose is the end of Whitaker’s rope. He can flip or rot.

staging.palmerreport.com
2622
SHARES
Facebook ShareTwitter ShareEmail this articlePrint Article
LinkedinGoogleWhatsappPinterestRedditStumbleuponBufferTumblrPocketLine
← Donald Trump’s nuclear scandal with Saudi Arabia is his most horrifying yetDonald Trump and his henchmen are having a really bad day →
24 Comments