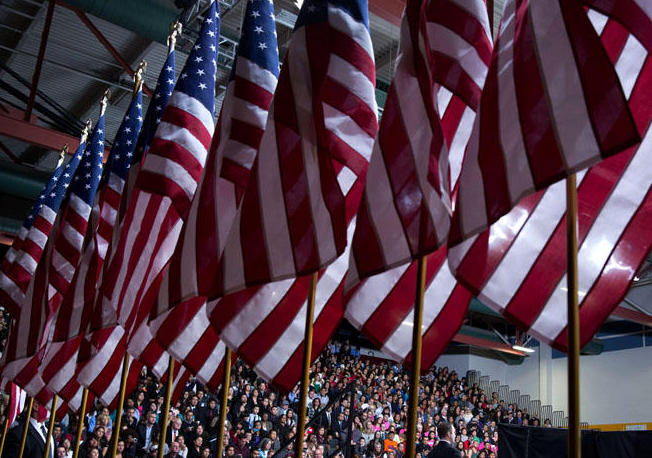 There’s the joke about the man who wore a talisman that he vowed kept lions out of London. When it was pointed out to him that there are no lions in London he replied, “You see how well it works?”

The notion that you need a constant police presence in order to maintain law and order and keep people from driving recklessly on the roads or killing each other in their homes is a fiction. I have spent the last seventeen years of my life in a country where I have seen exactly three motorists arrested for speeding. One does see the odd cop car on the road but it’s rare.

I’ve had a couple of interactions with the police myself. The drunk son of a cretin neighbor broke the side view mirror on my car and I detained him and had him arrested about fifteen years ago. The police (one woman and one man) were unfailingly polite. They informed the young man he was under arrest. There was no shouting, no flashing lights, no threats, no drama, and — above all — no guns. They exuded quiet competence. I had no doubt that they could have taken the young fool in if he’d resisted, but he didn’t resist.

To be fair, and in the spirit of full disclosure, I live in the rural and suburban south of England. I’ve been to London many times and there are a lot more cops there. But the feeling is different. I remember what it was like living in San Diego and New Jersey and New York and other places where there was a constant police presence. They each felt like police states. Some of the cops oozed authoritarianism.

When I lived in America I never questioned the ubiquitous police presence, of course. Does a fish wonder about water? I just always assumed that it was necessary for the preservation of peace. Without them, I assumed, we would revert to savagery. Civilisation was a thin veneer over chaos, I assumed. Now I’m not so sure. Now I think that maybe, just maybe, a strong police presence causes more problems than it solves. Maybe all that body armor isn’t such a good idea. Maybe more guns isn’t the answer. Maybe it’s time to rethink the whole thing.

Republicans will, of course, scream that I’m advocating defunding the police to the point that I want to hand over all of civilization to the criminals. Of course they’d scream that. Screaming is what they do best. Phony outrage is how they promote fear and fear is how they get re-elected. They don’t want their constituents to think, they want them to fear. But a reasoned look and renewed dialog on how law enforcement appears to have gotten more authoritarian and more murderous over the years, particularly toward persons of color, needs to happen. And one very important thing that can be done is to stop training the police in the use of increasingly more deadly weapons and start training them how to deal with human beings instead.

That is what is really meant by “defunding the police.” In fact the intent behind it is carefully misunderstood by Republicans. They want people to think that Democrats are in favor of lawlessness and open borders because, again, fear-mongering and lies are how they retain power. What it really means is divesting money from local and state police budgets for body armour and assault weapons and reinvesting it into communities, mental health services, and social service programs. Fewer police are needed where communities are healthy and prosperous. You don’t need an army.

I’m glad I live in a country where guns are deeply restricted. I don’t merely feel safer, I am safer. And because it is safer here, fewer police are needed. Of course, Britain has problems with their police, and there most certainly are issues of police brutality and systemic racism. It’s just not as bad. And one reason it’s not as bad is systemic authoritarianism is far less common.

As long as the notion that the solution to America’s police problem is more police with better body armour and more guns, the problem of police brutality and systemic racism will continue, and men and women like George Floyd and Rayshard Brooks and Atatiana Jefferson and Breonna Taylor will continue to die. Perhaps they should come to England and see how we do it. It won’t solve all their problems, but it will be a damned good start. And, as ever, ladies and gentlemen, brothers and sisters, comrades and friends, stay safe.