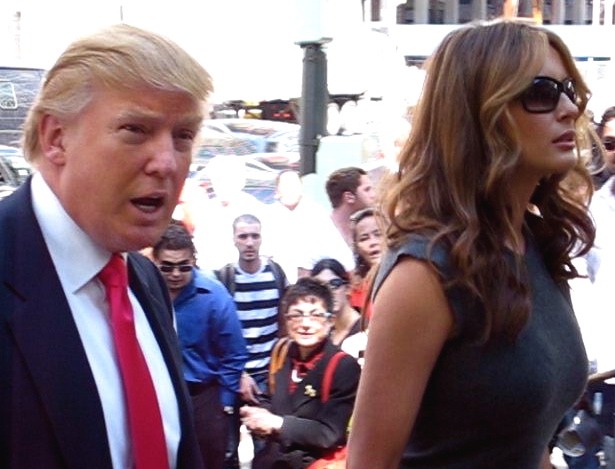 In a new Vanity Fair piece published on the Trump inauguration committee scandal, we are reintroduced to a somewhat forgotten player: Stephanie Winston Wolkoff. The piece, which discusses the subpoenas and alleged misdeeds, describes Wolkoff as the female counterpart of Michael Cohen – except the person whom she sought to protect is Melania Trump.

While Wolkoff initially enjoyed a close relationship with Melania, the two eventually parted ways, likely because Wolkoff tried to advise Melania in ways in which she did not want to be advised, such as Wolkoff’s insistence that Melania’s “Be Best” campaign sounded “illiterate.” No disagreement there. More important to the investigations at hand, Wolkoff is the one who is caught up in the Trump inaugural scandal. Out of the $107 million raised for the inauguration, $26 million allegedly went to “outside contractors” who provided services for the event. This payment, along with other questionable salaries and payments, rests at the center of the SDNY investigation.

Wolkoff made $500,000 of the $26 million. The bulk of those overall funds allegedly went to “outside contractors,” including $24 million to Apprentice creator Mark Burnett (who wanted to remain anonymous) and $100,000 to since-confessed felon Rick Gates. When the Times broke the story of unaccounted funds totaling $40 million, Wolkoff turned to Melania for help, but Melania left her high and dry. As is typical for this administration, Wolkoff – who worked gratis for Melania after the inauguration – was used and then thrown under the bus when she was no longer necessary. It appears that Wolkoff may be unwittingly getting her revenge.

Because Wolkoff and Cohen had been friends for some time, Cohen thought it only fair to warn her that he had turned over tape recordings of phone conversations, including those between Cohen and Wolkoff. As a result, like it or not, Wolkoff is in the middle of the controversy currently surrounding the Trump inauguration committee. While Sarah Huckabee Sanders has repeatedly denied any involvement by the administration in any of the inaugural planning, Wolkoff alleges that she had weekly meetings with senior inaugural committee members to provide detailed financial information, as well as making “regular presentations” to Trump, Melania and Trump’s adult children to make decisions, especially Ivanka who had ideas of her own.

As is typical with this administration, they deny, deflect, and lie. Wolkoff may well find herself embroiled in this controversy, and she has evidence to show who did what, including Ivanka’s pricing for the Trump Hotel, Gates’ close relationship with Jr. (including frequently working out of his office), and numerous emails questioning the money flow. Where this is all going no one yet knows, but suffice it to say that information continues to flow on the inauguration scandal. It isn’t looking pretty.