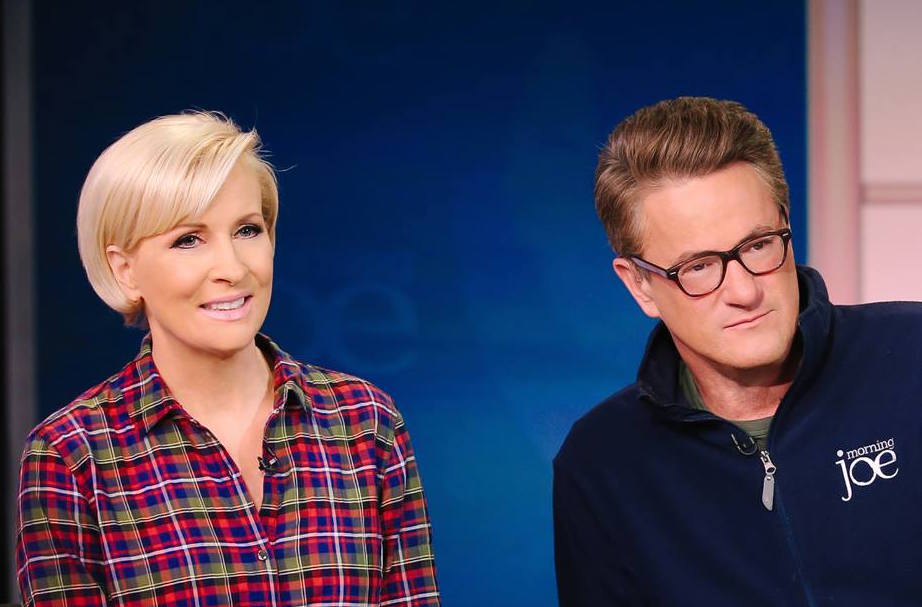 When it comes to MSNBC’s Morning Joe and Mika, opinions vary widely about the job they do as hosts. But no matter what you think of their hosting abilities, one thing is for sure: Morning Joe Scarborough never murdered anyone. Yet Donald Trump the current so-called President of the United States, keeps falsely accusing Joe of having murdered a woman. This morning, Mika finally dropped the hammer on Trump.

While Trump was ranting this morning about how his career criminal friend Roger Stone is supposedly innocent, he complained that “guys like Low Ratings Psycho Joe Scarborough are allowed to walk the streets?” Trump then demanded that law enforcement “Open Cold Case!”

To be clear, there is no cold case. Medical investigators long ago determined that Joe Scarborough’s former staffer died in relation to a heart defect. Yet the President of the United States is attempting to order law enforcement to launch a phony murder investigation into Scarborough, in a matter where no one was murdered. This morning Mika went nuclear on Trump.

Mika began repeatedly calling Donald Trump “sick” on air, and pointed out how unfair Trump was being to the deceased woman’s husband, who has already been through enough as it is. Mika has since stated on Twitter that she’s set up a call with Twitter’s CEO and General Counsel to discuss Trump’s use of the platform to make these kinds of dangerous false accusations. We have a feeling this is just getting started.

staging.palmerreport.com
3627
SHARES
Facebook ShareTwitter ShareEmail this articlePrint Article
LinkedinGoogleWhatsappPinterestRedditStumbleuponBufferTumblrPocketLine
← Donald Trump’s latest anti-Obama stunt is pathetic even for himNo, the Supreme Court did NOT rule against giving Mueller Report evidence to the House →
Leave a Comment