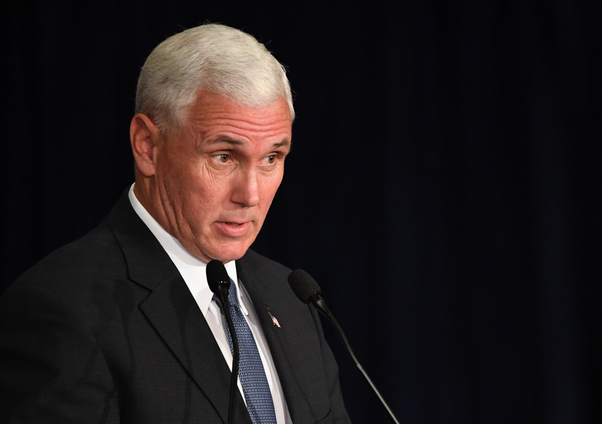 There are plenty of awful details in the Mueller report, and perhaps even more that we’ll be learning in congressional hearings coming up – but what’s worse are the signals that Republicans are already sending. Russian interference in the 2016 election helped Republicans, and not only are they not concerned, it’s almost as if they’re counting on it again in 2020, having gotten a taste last year of how unpopular their agenda is with the majority of Americans.

As 2020 draws near, as Democratic candidates like Senator Kirsten Gillibrand have begun to pledge against using hacked emails or other materials and receiving foreign assistance, Republicans are hardly following suit. Interviewed this week, Mike Pence was pushed on this particular issue, and delivered the classic Republican non-denial.

“Do you regret using emails stolen by Russian intelligence officers during that campaign? And do you pledge to not to do so in this up upcoming campaign?” That was the question reporter Vaughn Hillyard asked of Pence. So did he say no? Did he apologize and reassure America about the stability of future elections? No. Instead, Mike Pence punted as we’ve often seen him do every time he appears on television, hoping he could somehow camouflage himself so he wouldn’t have to answer.

“The United States is taking strong action against the founder of WikiLeaks. We’re seeking extradition and we’ll be holding him accountable for his actions and compromising American secrets,” said Pence. He then echoed the classic “no collusion and no obstruction” line that his boss so often tweets – refusing to answer the questions when pressed further. There’s a bit more than just dodging going on here. Pence is testing the waters to see whether his base is warming up to the idea of collusion with a hostile foreign power – so long as their team wins – and hoping media will come off as the bad guys if they push it long and hard enough.