When former President George W. Bush released an uplifting video yesterday about the coronavirus crisis, it set off widespread debate about how much or little Bush should be allowed to rehabilitate his image, after he spent his presidency dishonestly and negligently getting people killed. Even as that debate plays out, Donald Trump naturally decided it’s all about him.

Trump posted this tweet, quoting one of his Fox News lackeys, and criticizing George W. Bush for failing to come to his rescue during impeachment. See if you can spot what went wrong here: 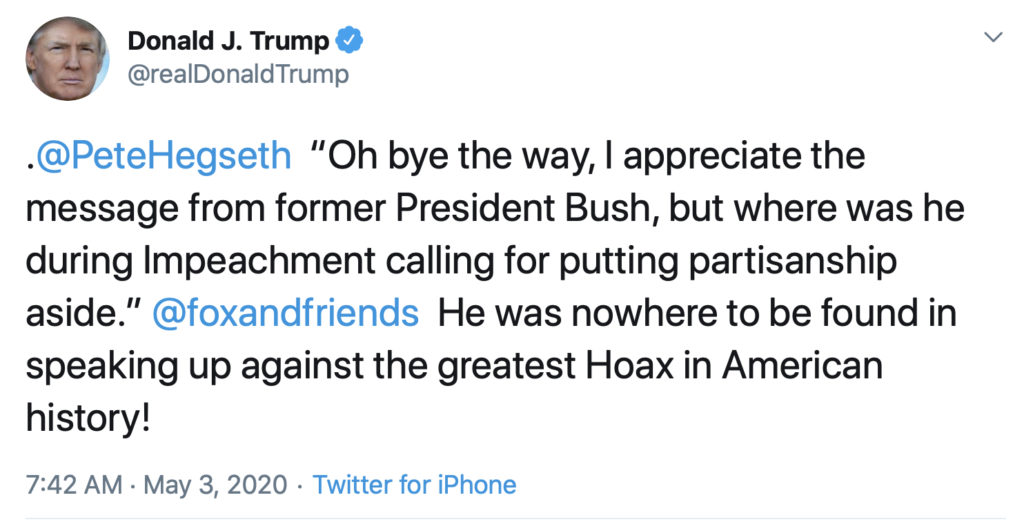 That’s right, Donald Trump just managed to misspell a two letter word. It’s “by the way” not “bye the way.” Fifth graders know this. Of course this isn’t among the thousand most egregious things that Trump has done wrong. But it’s a reminder that he can’t even get the little things right – and despite the vast resources of the presidency, he’s too narcissistic to get help on something like his semi-illiteracy.